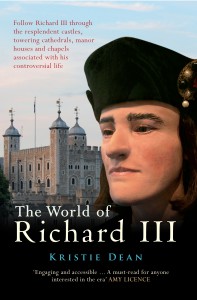 I’m absolutely delighted to welcome Kristie Dean to my blog as part of her tour! Her new book, The World of Richard III, focuses on the places associated with Richard III. If you’re preparing to go to England for the reburial next month, or if you’ll be an armchair traveler this time, do pick up a copy.

And now, over to Kristie with an excerpt from her book! 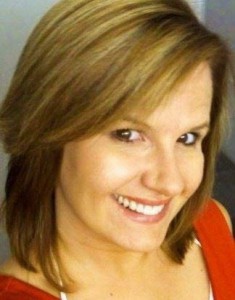 “The discovery of a new location for the battle between Richard and Henry Tudor made this an exciting  section to write. As new information is found, we may have to change our understanding of the battle even more. The visitor centre at Bosworth is one of the best I have seen, and it helps keeps visitors up-to-date on the current research”

Give me my battle-axe in my hand,
Set the crown of England on my head so high!
For by Him that shope [shaped] both sea and land,
King of England this day will I die!

The Ballad of Bosworth Field

In 2005 a grant was awarded for a battlefield survey of Bosworth Field, and after several years of hard work the battlefield site was discovered in 2009. With the discovery of this new site for Bosworth, scholarship was turned on its head. Previously accepted facts are being re-examined in the light of archaeological evidence. It may be years before a completely accurate account of troop deployments may be deduced.

At the beginning of August, Henry Tudor set sail either from Honfleur or Harfleur bound for England. Surrounded by a group of displaced Lancastrians, he came ashore near Milford Haven in Pembrokeshire. According to Fabyan, once Henry made it ashore he dropped down and kissed the soil of England. On 11 August Richard, learning of Tudor’s arrival in England, began ordering men to meet him in Leicester. After organising his troops, Richard rode out of Leicester with ‘great pomp, wearing his diadem on his head’.

As Henry and his men were marching south on Watling Street towards London, Richard was heading to intercept them. He marched from Leicester and made his camp near the battlefield, either near Sutton Cheney or on Ambion Hill, as suggested by Glenn Foard and Anne Curry in Bosworth 1485: Battlefield Rediscovered. Vergil says Richard encouraged his troops the night before the battle and ‘with many woords exhortyd them to the fight to coome’.

As the morning of 22 August dawned, Richard awoke to face his last day. The Croyland Chronicle says that Richard’s chaplains were not ready to celebrate Mass. Tradition has it that Richard may have taken Mass at Sutton Cheney church. It is hard to believe that a man as pious as Richard would have skipped Mass, especially on such an important day. 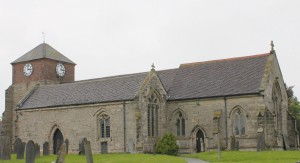 Henry is believed to have camped near Merevale Abbey. Later records indicate that he paid the surrounding villages for damages to their land. The next morning he moved towards Richard’s army.

The two armies would meet on Fenn Lane between Dadlington, Stoke Golding and Shenton. This location is about three kilometers away from Ambion Hill.

According to Vergil, after Richard assembled his men, his line was of ‘wonderful length so full replenished both with footmen and horsemen that to the beholders afar it gave a terror for the multitude’. Accounts differ as to how many men each army had amassed, but Richard had the larger army.

As the two armies clashed, Richard’s scouts noticed that Henry and a small group of men were moving away from the main army. Richard probably decided that killing Henry would make for a quick end to the battle and charged across the battlefield directly at Henry. Making his way into the thick of the fray, Richard managed to kill William Brandon, Henry’s standard bearer, as he tried desperately to reach Henry.

At this moment, Stanley reached a decision and his troops headed for Richard, pushing him back into the marsh and forcing him to fight on foot. Richard fought valiantly but he was struck down. He fell ‘like a spirited and most courageous prince … in battle on the field and not in flight’. After the discovery of his body, scientists determined that Richard had a number of injuries to his skull. The exact location where Richard was struck down is not known, although Henry issued a proclamation saying that it was at a place known as ‘Sandeford’. Recent archaeological work in a field unearthed a boar badge near what was part of the medieval marsh. This fascinating find may mean that this was the location where Richard met his end.

With Richard’s death, the cause was lost, and many of his men surrendered or fled. Vergil says that after his victory Henry made for the nearest rising ground. Here he gave the nobility and gentlemen ‘immortal thanks’ while the soldiers cried out ‘God save King Henry!’ It was here that Stanley took Richard’s crown, which had been found in the field, and placed it on Henry’s head. Today the accepted location for this event is Crown Hill. Henry then proceeded towards Leicester.

Richard’s body, stripped of clothing, was slung across a horse’s back. Examination of his bones shows that he was subject to many wounds. These would have been exposed for all eyes to see as he was taken back to Leicester. The Croyland Chronicle says that many insults had been offered to the body and it was carried to Leicester with ‘insufficient humanity’. The reign of the last Plantagenet king of England was over, and the reign of the Tudors had begun.

The World of Richard III by Kristie Dean is published by Amberley Publishing, 2015. The book is available to buy at all good bookstores, as well as online at the Amberley website, Amazon and The Book Depository.