Remember a few posts ago, I showed you an old print of the marriage of Henry VI and Margaret of Anjou? I knew the style looked vaguely familiar, and that’s because it is by John Leech, a well-known illustrator for Punch. John Leech did a whole series of illustrations for a 1847 book called The Comic History of England, written by Gilbert Abbott a Beckett, a humorist who also served as a police magistrate and whose admirers included Charles Dickens. He seems to have been a very pleasant man, who upon his untimely death from typhus while on holiday with his family was remembered in his obituary in The Times as for his “acuteness, humanity and impartiality” in rendering justice. As for John Leech, his credits include some of the illustrations for A Christmas Carol.

Anyway, I ran across The Comic History of England in Google Books today, and had some splendid giggles over the illustrations of the people those who read this blog know and love. Here’s a few.

Edward II and Piers Gaveston (sorry, folks, there’s none of Hugh the younger): 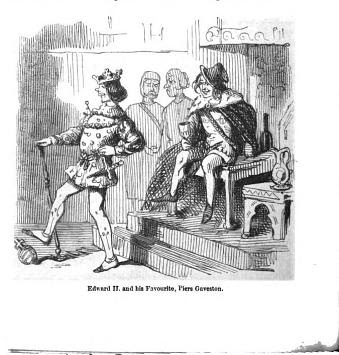 Queen Philippa Begs for the Burghers of Calais: 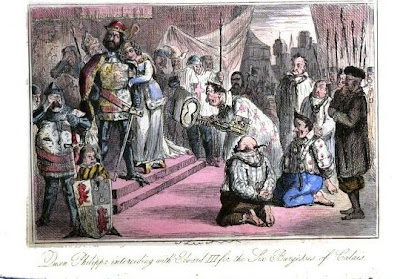 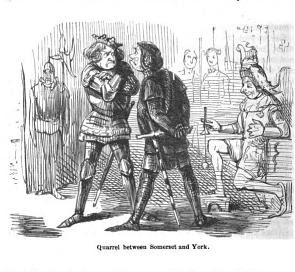 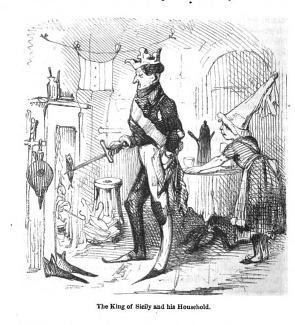 The Marriage of Henry VI and Margaret of Anjou (in case you missed it before): Queen Margaret and the Robber: 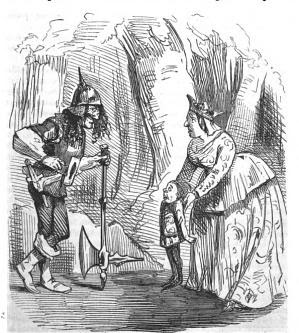 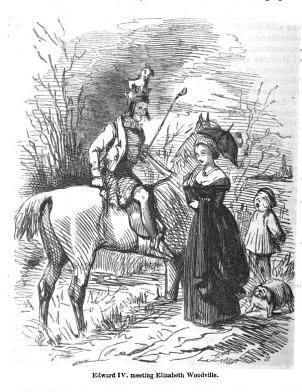 Richard, Duke of Gloucester Greeting the Duke of York (if you’re the cranky breed of Ricardian, this is the place to stop reading): 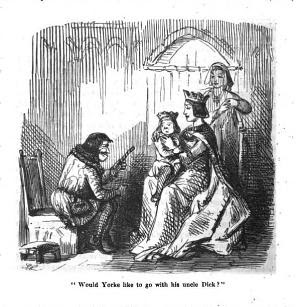 Richard Being Offered the Crown: 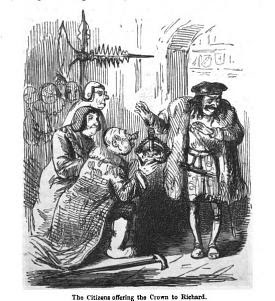 Richard III Puts on Mourning for His Nephews: 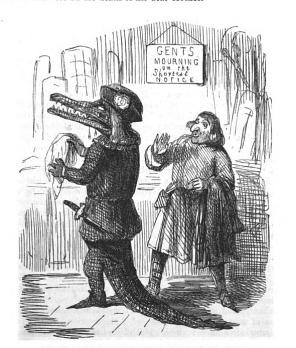 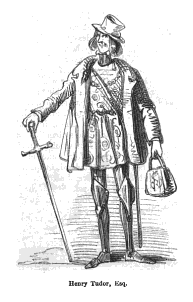 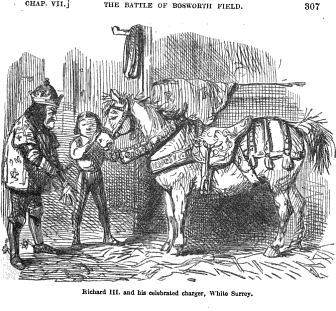 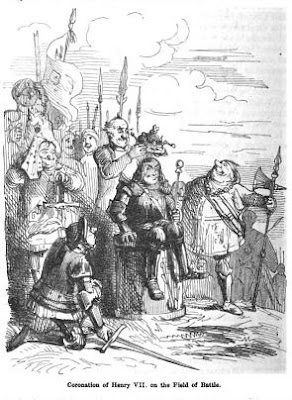 8 thoughts on “The Comic History of England”