This will probably be my last post for 2009, so I wanted to start off with some search terms:

She gave it up after deciding that the eyepatch was just too unbecoming, darling.

Practice moderation on New Year’s Eve, folks, or this could be you.

And I thought I procrastinated.

is duchess richard the third male or female

Quite cute. Now at last is the time to unveil a newly discovered portrait of her: 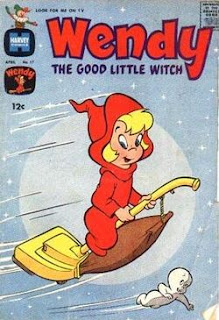 why did the blonde leave sanctuary

Normally, this blogger tries to stay well within the bounds of political correctness, but this clearly calls for a blonde joke, and your blogger is, after all, a lifelong brunette. So here goes:

Q: Why did the blonde leave sanctuary?

A: Because she finally realized it wasn’t a health spa.

And, in the interest of not alienating blondes who read this blog:

Q: Why did the brunette leave sanctuary?

A: Even as the only woman in a place full of men, she still couldn’t get any of them to look at her.

I didn’t get much reading done in 2009, but I did have a few books I particularly enjoyed, including Henry and Clara by Thomas Mallon, The Taste of Sorrow by Jude Morgan, A Secret Alchemy by Emma Darwin, King’s Fool by Margaret Campbell Barnes, Drood by Dan Simmons, and Girl in a Blue Dress by Gaynor Arnold. For nonfiction, I particularly enjoyed The Sisters Who Would Be Queen by Leandra de Lisle, which was a refreshing reminder that one can reevaluate historical figures without indulging in wild speculation, engaging in sloppy research, or smearing other historical figures’ reputations. I also enjoyed very much Christopher Wilkins’ The Last Knight Errant about Edward Woodville, a well written look at a neglected and often slandered historical figure.

For 2010 I’ll be continuing to work on my novel about Margaret of Anjou, and I’m be looking forward to the appearance of The Stolen Crown on March 1! Once the holidays are past, we’ll get back to more substantive blog posts, including posts about some of the men who fought and in many cases died for Margaret of Anjou. But don’t worry, we’ll continue to have fun here too!

Happy New Year to all of you!