Aside from Titulus Regius and the attainder of around 100 people for their participation in the rebellion of 1483, Richard III’s only Parliament is notable for some of the progressive legislation it enacted, including the popular abolition of benevolences and the enactment of certain trade and legal reforms. Among the enactments is one pertaining to bail:

Because various people are arrested and imprisoned daily on suspicion of felony, sometimes out of malice and sometimes on vague suspicion, and thus kept in prison without bail or mainprise to their great vexation and trouble; be it therefore ordained and decreed, by authority of this present parliament, that every justice of the peace in every county, city or town shall have authority and power to grant bail or mainprise at his or their discretion to such prisoners and people thus arrested, in the same form as if the same prisoners or people were indicted for the same on record before the same justices in their session; and that justices of the peace shall have authority to inquire in their sessions into all manner of escapes of every person arrested and imprisoned for felony; and that no sheriff or escheator, bailiff of a franchise or any other person shall take or seize the goods of any person arrested on suspicion of felony before the person thus arrested and imprisoned has been convicted or attainted of the felony according to the law, or else the same goods have been otherwise lawfully forfeited, upon pain of forfeiting double the value of the goods thus taken to the person harmed in that respect, by action of debt to be sued in that matter by the same process, judgment and execution as is usually used in other actions of debt sued at the common law; and no essoin or protection shall be allowed in any such action, and the defendant in any such action shall not be admitted to wage or do his law. [The Parliament Rolls of Medieval England, C. Given-Wilson et al., eds.]

While Richard III should be given due credit for this provision, which may have been the product of his own initiative, some of the more enthusiastic of his supporters have gone so far as to credit Richard with actually originating the right to bail. This extravagant claim crops up fairly frequently on the Internet, and has even made it to print. One example can be found in Richard III: The Maligned King, where author Annette Carson, speaking of “measures that gave new protections to the common man,” writes: “To Richard’s Parliament . . . we owe our right to be judged fairly by our peers, to enjoy bail and not to have our possessions seized when arrested on suspicion of felony” (p. 232).

We’ll talk about the right to jury trial, which Carson appears to be crediting to Richard III as well, at some other time. (What Richard actually did was require jurors to meet certain property-owning qualifications, as an attempt to reduce jury tampering.) For now, though, let’s move on to bail.

Contrary to what Carson and like-minded Ricardians would have us believe, bail and its kissing cousin, mainprise, were around hundreds of years before Richard III’s Parliament. Indeed, a form of bail existed in Anglo-Saxon times as “bohr.” (If Ricardians really want, I suppose it won’t hurt anything if they regard this as a prophetic reference to Richard III’s white boar insignia.)

Bail developed further after the Norman invasion. For a time, any offense was bailable, but this changed in 1166 when certain offenses, including homicide and forest offenses, were designated in writing as nonbailable. As to the bailable offenses, sheriffs had a great deal of discretion, which not surprisingly was abused by men eager to line their coffers. The result was the First Statute of Westminster in 1275, a product of Edward I’s reign. This was meant to reduce the discretionary power of the sheriffs, but proved less than effective, even as both Edward II and Edward III enacted laws to try to curb abuses. Eventually, in the 1400’s, the sheriffs were given less power, and in 1461, justices of the peace were allowed to grant bail. They could do so, however, only for those who were indicted before them. Thus, as noted by William F. Duker (whose 1977 article, “The Right to Bail: A Historical Inquiry,” in the Albany Law Review forms the basis of this blog post), the measure was a “half-way” one.

In 1467, the commons made the following request:

The commons assembled in this present parliament pray, that where several of your faithful, true liegemen throughout this your realm, through malice and ill will, have been arrested daily on suspicion of felony, of which they are not guilty, and thereupon have been taken to various of your gaols, where by law they must remain in prison until the coming of your commissioners for gaol delivery, whereby your said faithful, true liegemen have been greatly impoverished and harmed daily.

Wherefore may it please your highness, of your most abundant grace, having sympathetically considered the foregoing, to ordain and decree, by the assent of the lords spiritual and temporal assembled in this your present parliament, and by authority of the same, that each of your justices of the peace in every county of this your realm, and elsewhere where they are commissioners, shall have full power and authority to grant bail to all your liegemen who are committed to any of your gaols on suspicion of felony, as described above, until the next coming of your said commissioners for gaol delivery; and that the said justices of the peace who take such bail as described above shall put their bills of the same bail before the said commissioners for gaol delivery at their next coming into the area where such bails shall happen to be taken, and the same commissioners shall act upon the same bills of bail in the same manner and form as if the bail had been taken by themselves. [Parliament Rolls]

Edward IV merely responded, “The king will consider this further.”

The 1484 statute enacted by Richard III’s Parliament strongly resembles this 1467 petition. It has been a matter of much debate whether Richard III’s legislation was motivated by his own concern for justice or by a need to curry favor with a populace that had yet to fully accept him as king, and whether the legislation was the product of Richard III’s own initiative or that of others. Even if one gives Richard the benefit of the doubt, the commons of 1467 should surely be given some credit in inspiring the 1484 legislation. It should also be seen in context, as part of a series of bail reforms that had been ongoing since the thirteenth century.

In any event, Richard’s legislation, though a valiant attempt, did not eradicate the problems associated with bail. In 1487, Henry VII’s Parliament complained:

Where in the parliament lately held at Westminster in the first year of Richard III, late in deed and not by right king of England [1484], it was ordained and enacted, among various other acts, that every justice of the peace in every county, city or town should have authority and power at his or their discretion to grant bail or mainprise to prisoners and persons arrested on slight suspicion of felony; on the strength of which various people who were not mainpernable were subsequently often granted bail and mainprise by justices of the peace, against the proper form of the law, whereby many murderers and felons escaped, to the great displeasure of the king and the annoyance of his liege people. [Parliament Rolls]

Henry VII’s Parliament, therefore, ordered that “the said justices of the peace, or one of them, so taking any such bail or mainprise shall certify it at the next general sessions of the peace, or at the next general gaol delivery of any such gaol in every such county, city or town, following the taking of any such bail or mainprise; upon pain of forfeiting £10 to the king for every recorded failure.” This also proved unsatisfactory, though, for the justices of the peace were proving no less eager to profit from their offices than the sheriffs.

This blog isn’t entitled “Bail Through the Ages,” so suffice it to say that reforms continued and that future generations, particularly in the seventeenth century, would wrestle over the questions surrounding bail. In sum, though, if you find yourself in difficulty and have to utilize the services of a bail bondsman, you can indeed give Richard III some thanks—but you also have to thank the Anglo-Saxons, Edward I, the commons of 1467, and many others as well. Let freedom ring! 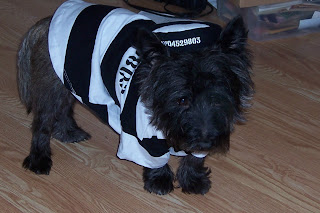 9 thoughts on “Richard III and Bail”