I’m delighted to be hosting my friend Kristie Dean on her blog tour for her latest book, On the Trail of the Yorks! Today is the anniversary of the death of Anne Neville, future queen of Richard III, and Kristie is here to tell us about a castle she knew. Over to Kristie:

Before Anne Neville became the wife of Richard III, she was married to the Lancastrian heir to the throne. Her father changed allegiances and joined the side of the Lancastrians, sealing the peace with the marriage of his daughter to Prince Edward. I enjoyed visiting the Château D’Angers and seeing the locations Anne would have seen while in France.

In July 1470, the Milanese ambassador reported that the Earl of Warwick had begged forgiveness of Margaret of Anjou and had given ‘homage and fealty there, swearing to be a faithful and loyal subject of the king, queen and prince as his liege lords unto death’. The site of this momentous about-face was the Château d’Angers where Anne also lodged prior to her betrothal to Prince Edward.

A fortification has stood on the site since the ninth century, but the castle was expanded in the thirteenth century. Built on a high cliff overlooking the river Maine, it had seventeen immense towers and two gatehouses. Over time, it fell into ruin and the dukes of Anjou subsequently repaired it. René, Margaret of Anjou’s father, further enlarged and strengthened the fortress in the mid-fifteenth century.

Anne would have entered the building through the field gateway, or Porte des Champs. This entrance opened into the countryside and not the city, allowing the castle to remain slightly apart. She would have passed over a main bridge and then over the drawbridge, entering under the gateway with its massive double portcullis. 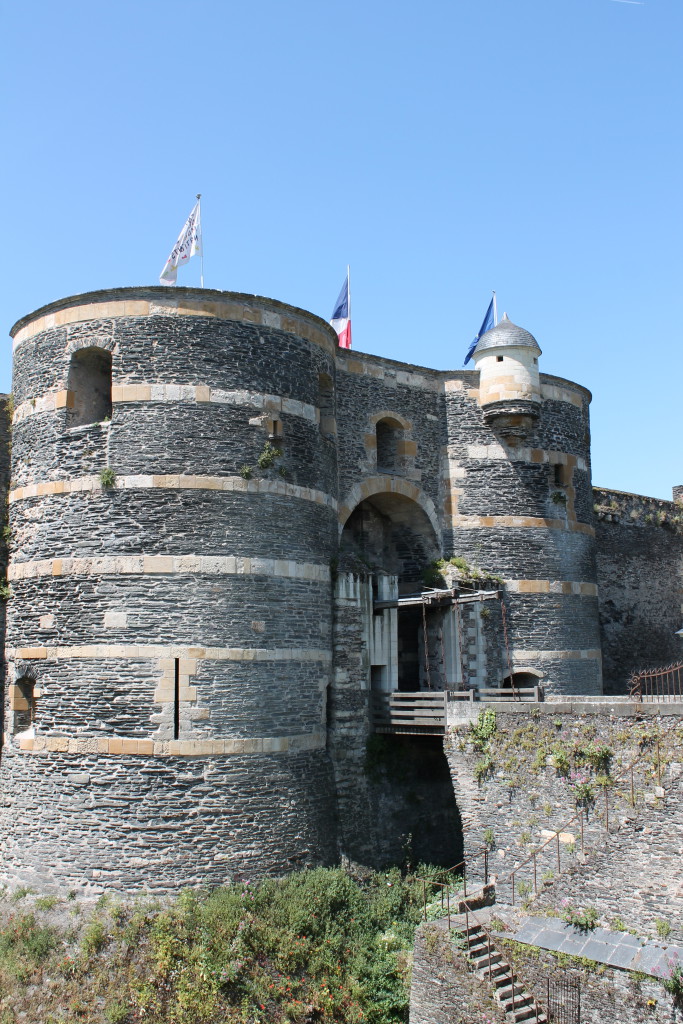 Anne’s first glimpse of the château would be of a building much different than what is seen today. While the alternating dressed black and light stonework would have been the same, the seventeen towers were topped with coronets and were much higher. The dry moat was not as deep, and it contained René’s menagerie of many exotic animals. Perhaps Anne heard the roar of a lion or an elephant trumpet when she entered the castle. The garden at the château would have been impressive, containing plants from exotic places. 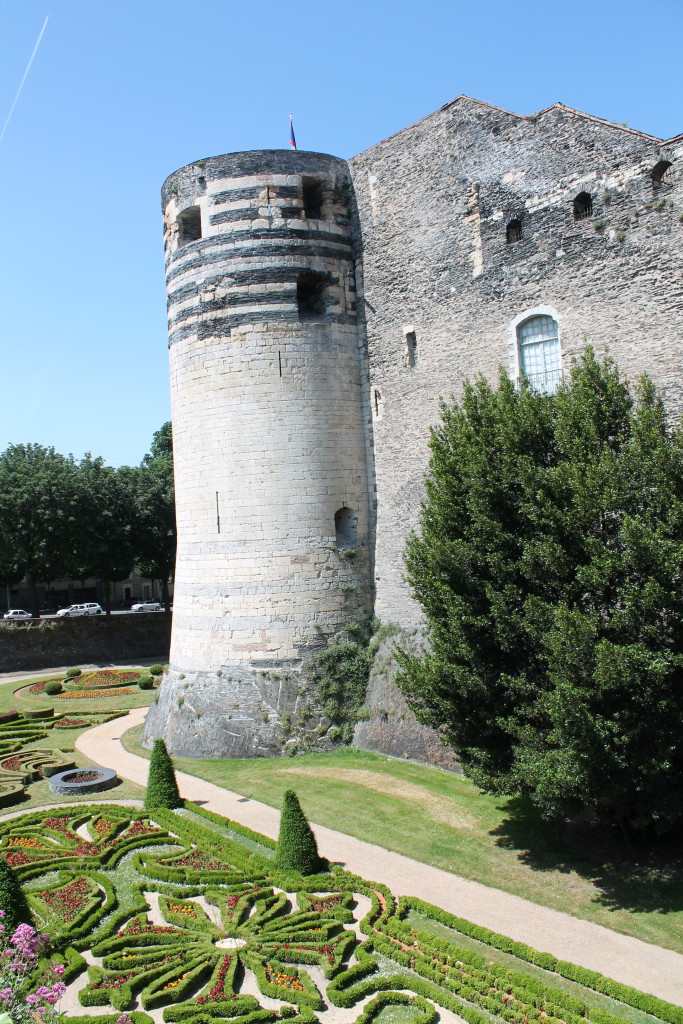 While at the château, Anne would have lodged in an opulent building, since René was known for his lavish spending. Anne was not in Angers long, but she may have seen some of the artists and poets that frequented René’s court. She would have walked through the Great Hall, with its large windows, painted walls and slate ceiling. The impressive spiral staircase was in a restricted area, so it is doubtful Anne would have seen its intricate carvings.

In the early fifteenth century, Louis II and his wife, Yolande of Aragon, built a remarkable chapel at the château. Anne would have attended Mass here, entering through the porch into the nave. The large Gothic windows would have flooded the room with light, allowing her to see clearly the three bays within the building. The private oratory, with its delicate tracery and sculptures, would have caught her eye. Here the dukes of Anjou could hear Mass and receive communion in private. 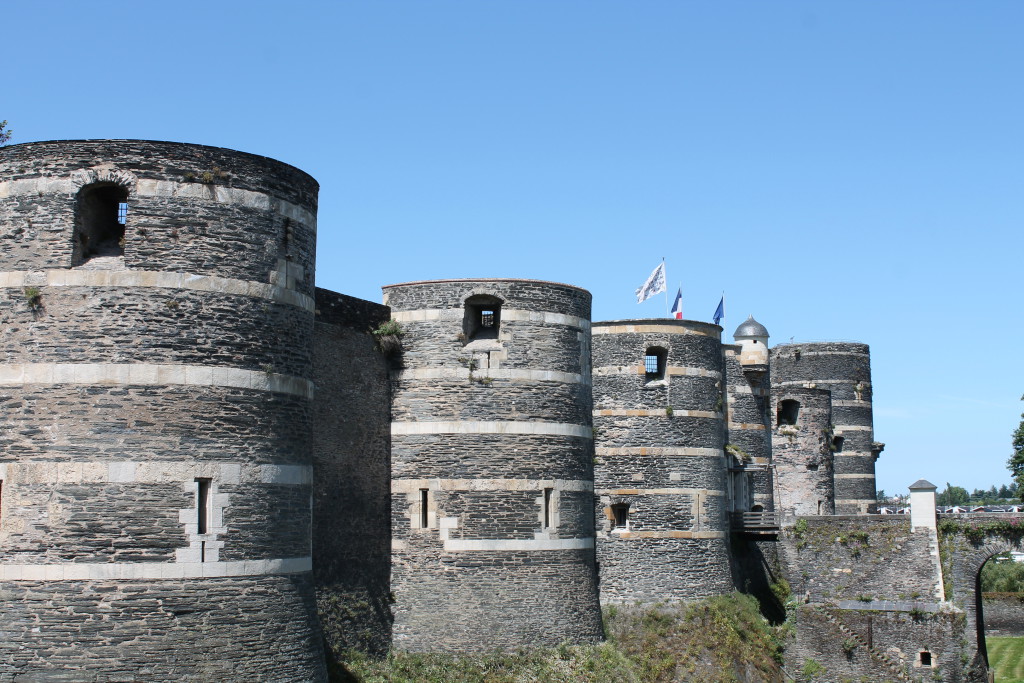 Anne would have been shown to her chambers in the royal lodgings. While much of the four-sided palace was destroyed throughout the years, there is still enough remaining today to demonstrate its splendour. When Anne arrived, King René’s gallery was relatively new, having been completed twenty years prior. The gallery would have allowed the courtiers to have walked from their private apartments to the gardens below. Anne would have passed underneath the ceiling with its beautiful rib vaulting and out into the gardens. Wandering through the garden, with its beautiful exotic plants, Anne may have considered the twists of fate that had befallen her. At one point, her father had wanted her sister Isabel to be queen. Now his eye had fallen on her. It is impossible to know Anne’s thoughts, but it is possible to walk in her footsteps through the evocative gallery.

About the Author
Kristie Dean has always been fascinated by the medieval period. It was this passion that led her to earn her master’s degree in history and fueled her desire to travel. When not writing, teaching or traveling, she is at home with her husband, three dogs and two cats. She can be found on Twitter @kristiedavisdea or on her The World of Richard III Facebook page. Her website is www.kristiedean.com. On the Trail of the Yorks is published by Amberley. 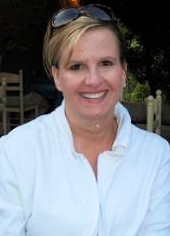 2 thoughts on “On the Trail of the Yorks: Excerpt from Kristie Dean’s New Book”