As promised last week, I intend to keep this blog more active. Lately, on Facebook, I’ve been posting Victorian and Edwardian photographs from my collection on Wednesdays, so I shall start doing the same here.

Today, in honor of Mary Lincoln’s 200th birthday tomorrow, I am posting four images of her that I own. Although composite images of Mary with her husband and sons were created during her lifetime, Mary never sat for a photograph with her husband, as far as we know. It is often said that this was because Mary was self-conscious about the disparity in the couple’s heights, but this seems unlikely, as photographs of couples from this period often  get around this by showing the man sitting and the woman standing.  Perhaps the Lincolns, like a number of other couples from the period, simply never felt the need to have a joint photograph.

The third image depicts Mary in mourning for her son Willie, who died in the White House. The fourth is one of many depictions of Lincoln’s deathbed at the Petersen House across from Ford’s Theatre; like most, it contains a number of embellishments (such as the weeping Tad Lincoln, who was not at the house). 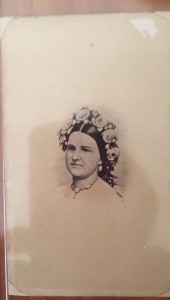 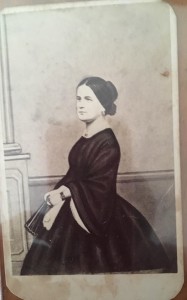 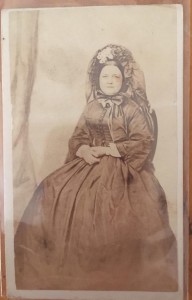 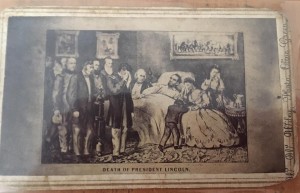