As you know, I’m currently writing a novel about Mary Surratt and one of her boarders, Nora Fitzpatrick. To my delight, the  room  in which Mary and seven other accused conspirators were tried, located in Grant Hall on the Fort McNair army base, has been reconstructed. Last Saturday, it was open to the public (and will be so again in August, November, and February).  This is the courtroom as it appeared in a contemporary sketch: 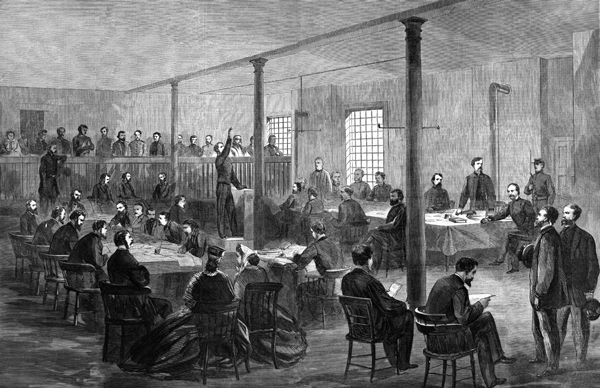 This is the reconstructed area where the conspirators (who were not allowed to testify) sat during their trial, which was a military rather than a civilian proceeding. A heavily veiled Mary Surratt sat at the far left,  a short distance from the seven male defendants–Lewis Powell, David Herold, George Atzerodt, Ned Spangler, Samuel Arnold, Michael O’Laughlen, and Dr. Samuel Mudd–and their guards. One of the tour guides is in front of the chair in the area where Mary would have sat. 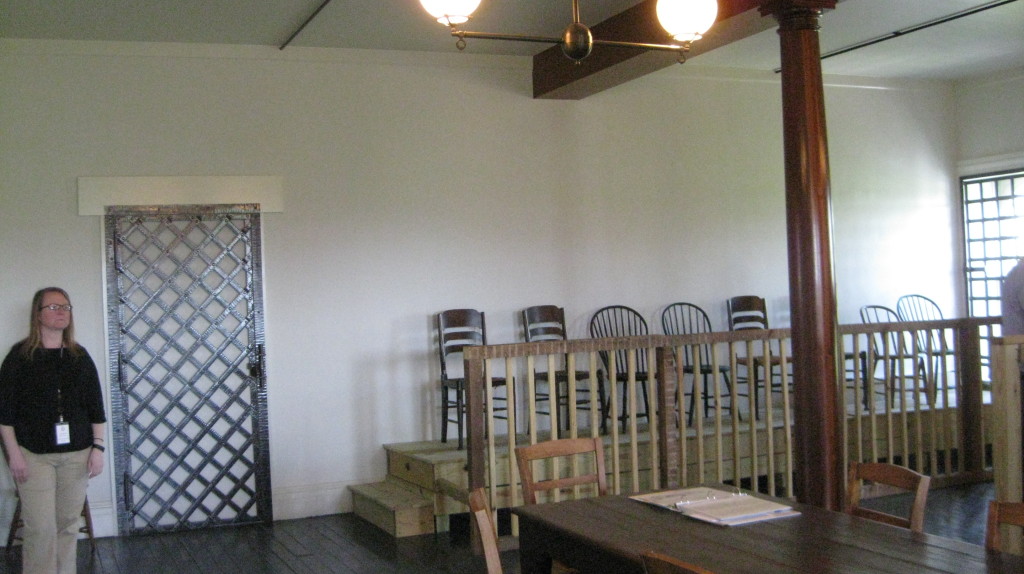 These are the tables where the judges and the press sat (press on the left, judges on the right). Witnesses testified while standing in the box. 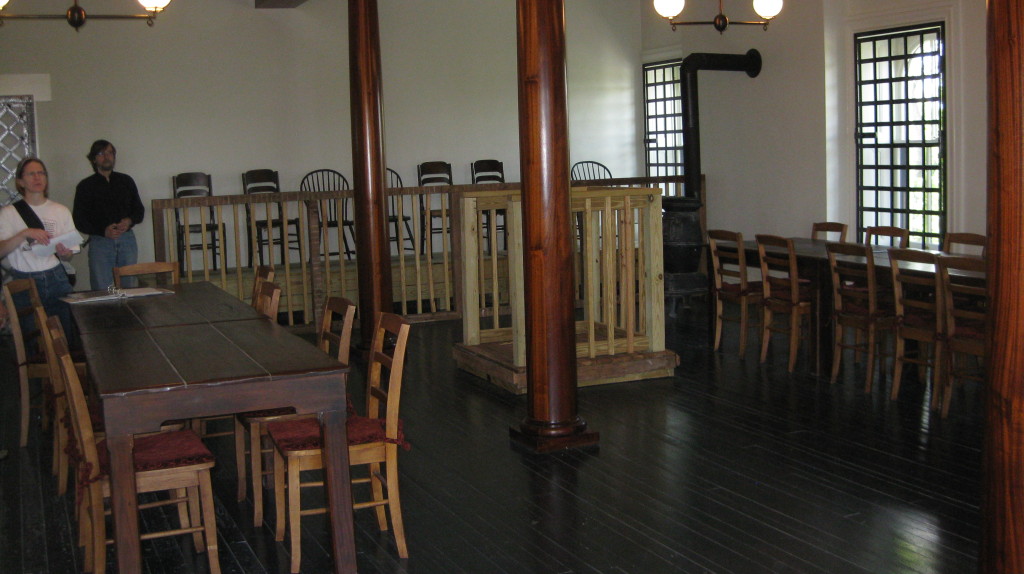 A sizable audience of spectators (both  men and women) squeezed into the courtroom to watch the proceedings. Bear in mind that this was the era of the spittoon and of the hoop skirt, and that temperatures in a Washington, D.C., summer commonly rise into the 90’s, accompanied by high humidity, and you can imagine just how miserable everyone here was.

This is the building in which the courtroom is housed (on the third floor). 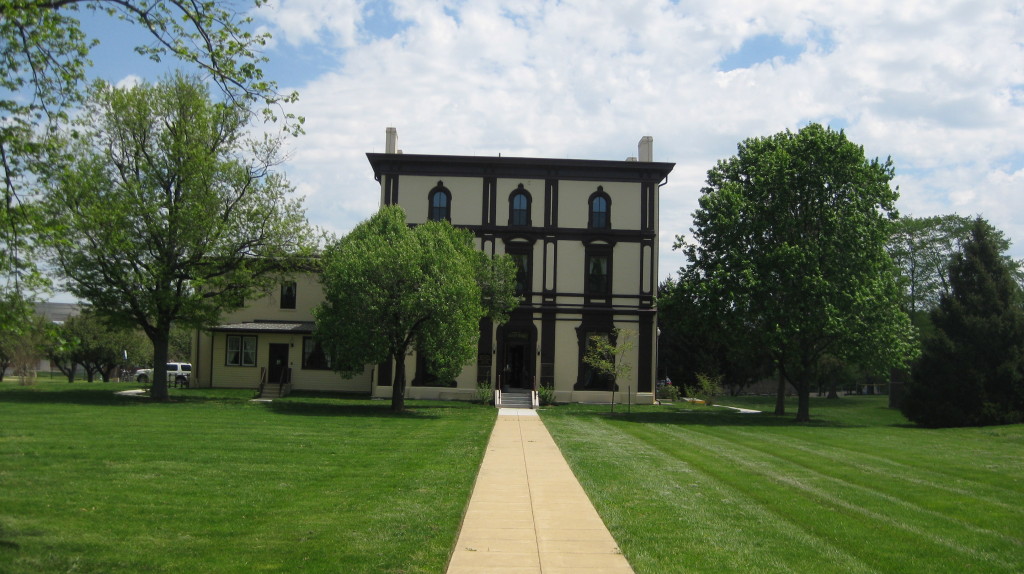 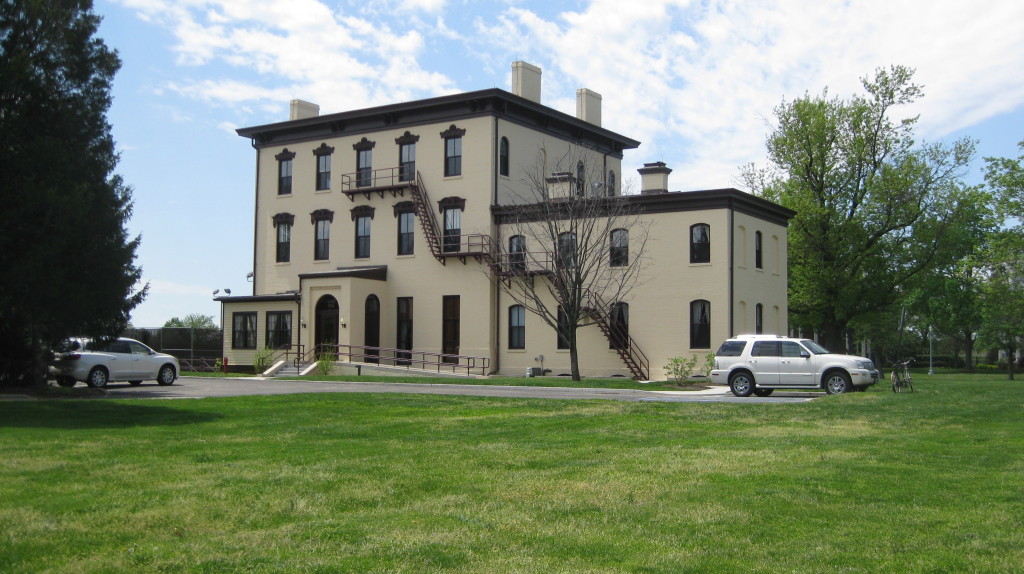 The building you see here is what remains of a much larger complex of buildings known as the Old Arsenal Penitentiary. There the eight accused conspirators were held prisoner before, during, and after the trial, which dragged on from mid-May 1865 to late June 1865. If you looked out of these windows on July 7, 1865, as Nora does in my book, this is what you would have seen: 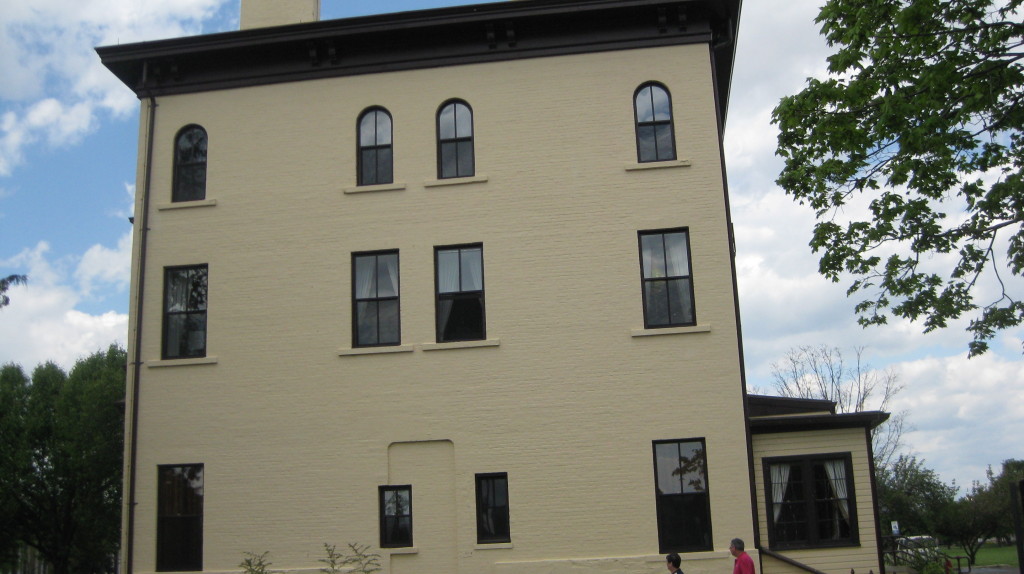 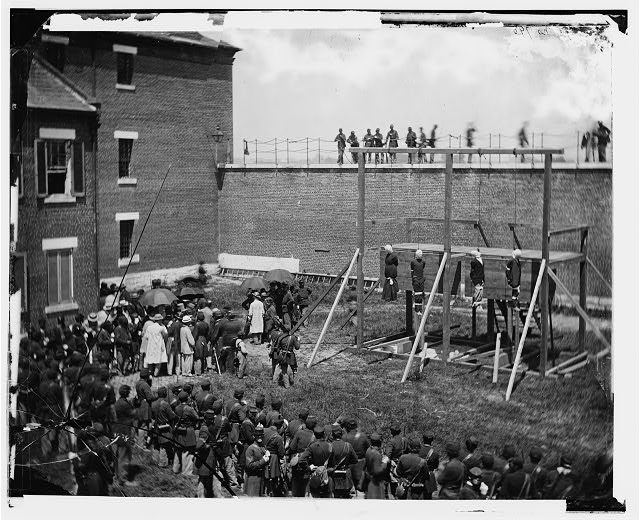 Mary Surratt, Lewis Powell, David Herold, and George Atzerodt were hanged that day. The other four were sentenced to hard labor and imprisoned at the Dry Tortugas in Florida. They were eventually pardoned and released, except for Michael O’Laughlen, who died of yellow fever there.

This photograph, part of the exhibit inside the courtroom, shows  Grant Hall as it appears today superimposed upon the scene of the hanging photographed by Alexander Gardner. Note the modern-day tennis court close to the gallows, which were constructed specially for the executions of the conspirators: 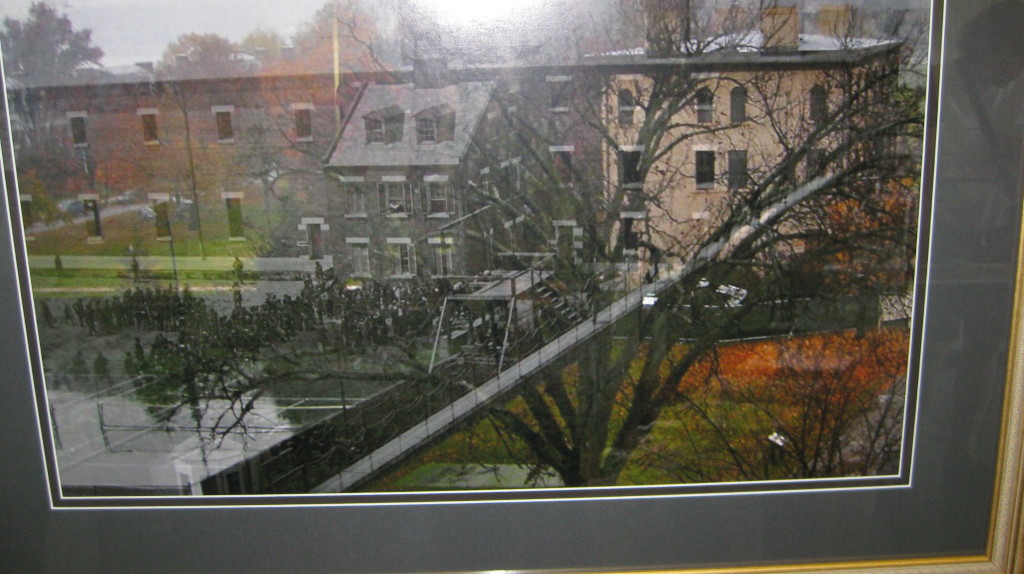 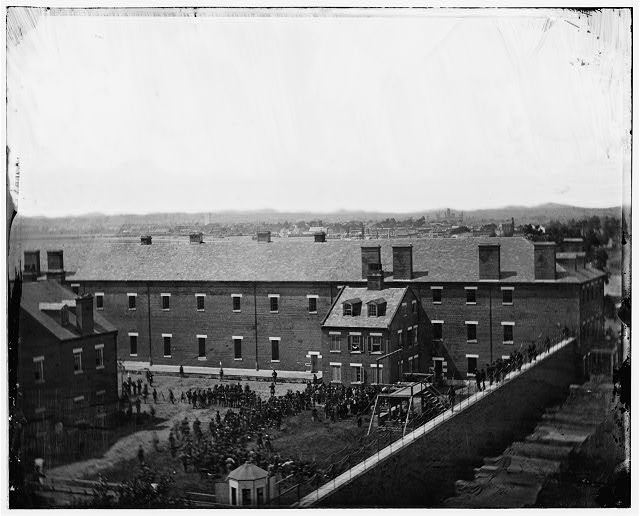 Mary and her three companions on the scaffold were buried on the Arsenal grounds, where the man who had dragged them into trouble in the first place, John Wilkes Booth, had already been secretly buried. Eventually, the families of the dead were allowed to retrieve and rebury the bodies. Mary’s children took her body to Mount Olivet Cemetery in Washington, D.C., where her modest gravestone receives the occasional tribute from a visitor. 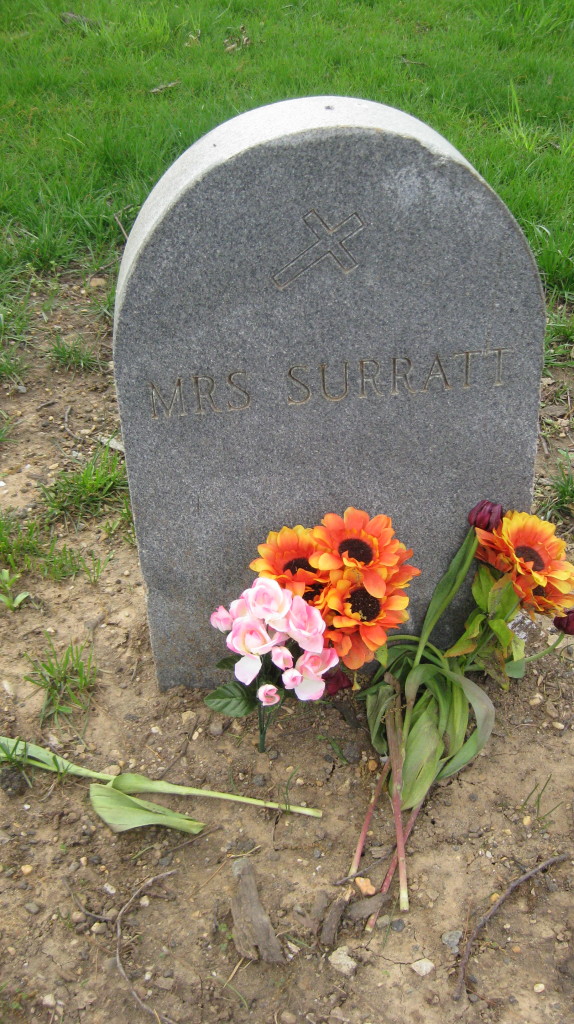