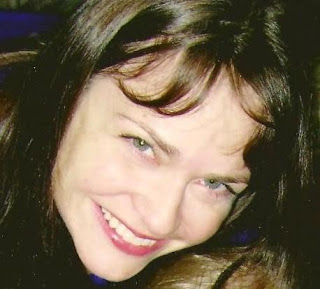 I’m delighted to welcome Christy English, author of the newly released The Queen’s Pawn, a novel about Eleanor of Aquitaine and Alais, Princess of France. Take it away, Christy!

Married to the Enemy: Medieval Marriage and Political Alliance

In my novel, Alais, Princess of France, is sent away from her father, King Louis VII at the age of nine to marry among her father’s enemies, one of the sons of King Henry II of England and Eleanor of Aquitaine. This arrangement was typical for medieval princesses in the 12th century. French princesses endured a long tradition of being sent away as a child to their husbands’ court.

Our modern concept of true love leading to marriage is something that greeting card companies began to sell as a commodity in the nineteenth century. In 1169, when Alais was first betrothed to Richard, Prince of England, no such concept existed.

The Art of Courtly Love had already begun in the South, in Aquitaine and Poitou, and its ideas had begun to spread to other courts in Europe, but Courtly Love was the love of a knight for his lady, or in Eleanor of Aquitaine’s case, a knight for his Duchess. Courtly Love had nothing to do with marriage, almost always involving a young knight trying to make his way at court, writing songs to the wife of the man to whom he owed fealty. While bawdy and sometimes adulterous, the Court of Love did not preside over marriage in the 12th century. Marriage was a business arrangement, and a political one. Princess Alais, for example, was shipped off to her father’s enemies at the age of nine after Louis VII and Henry II signed a peace treaty that also stated other, more important things, such as that Richard, Prince of England, would one day be confirmed as Duke in Aquitaine. Though that treaty ruled Alais’ experiences for the rest of her life, the marriage of Alais to Richard was a sidebar to the treaty itself. At best, that betrothal might be seen as the glue for a treaty that everyone knew would fall apart in two years’ time, if not sooner.

A medieval princess knew that her life, and the lives of her children, would be given over to her father’s enemies in an attempt to maintain a fragile peace. This peace was often broken, and in extreme cases as with Princess Alais, after living among her betrothed’s kin for years, a princess’ marriage still might not come to fruition. Political marriages and the treaties they were written on were constantly in flux. Whether Richard rejected Alais because of her affair with his father, or for some other reason altogether, Alais spent all of her youth, from the time she was nine until the time she was thirty-five, in the hands of first her father’s and then her brother’s enemies.

Princess Alais had a particularly difficult time, though no medieval princess lived in a rose covered bower. Alais was shuttled from one part of Henry II’s realm to another, until upon his death in 1189, Richard sent her to Rouen, where she stayed for almost six years. Her brother, King Philippe Auguste, lobbied constantly to get her back, going so far as to besiege Rouen’s city gates, but Richard would not allow Alais to return to her brother until the spring of 1195. Meanwhile, Richard rode on Crusade in an attempt to free Jerusalem, marrying Berengaria of Navarre on his way to the Holy Land. Berengaria was Richard’s queen for years before he finally sent Alais home. Once Alais was allowed to return to Paris, her brother wasted no time in marrying her off to an obscure nobleman, the Count of Ponthieu. Alais falls off the political chessboard at that point, and there is very little written about her after that. No longer a sacrifice to her father’s or her brother’s political strategies, Alais escaped into private life. Once she was free of politics, I hope Alais was happy. 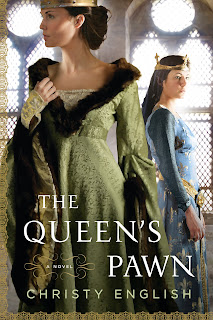 2 thoughts on “Married to the Enemy: A Guest Post by Christy English”