One of the many failings of Lady Jane Grey’s contemporaries, for the purposes of a novelist at least, is that no one bothered to write down the age of Guildford Dudley. Secondary sources give his age at his death as anywhere from seventeen to nineteen.

One clue exists as to Guildford’s age, however: his godfather. Two letters indicate that Guildford’s godfather was Diego Hurtado de Mendoza, a Spanish diplomat, poet, and book collector.  Sir Richard Morrison wrote in a letter to Guildford’s father, the Duke of Northumberland, on April 11, 1553, “Don Diego has promised to write to your Grace. I think my Lord Guildford, your son and his godson, shall have a fair genet from him.” Later, after Guildford had married Jane Grey, Morrison and Sir Philip Hoby reported that Don Diego, having heard (mistakenly) that Guildford was to be crowned as king, said, “I was his godfather, and would as willingly spend my blood in his service as any servant he hath.”

When would Don Diego have crossed paths with the Dudley family in order to have served as Guildford’s godfather? On March 21, 1537, the Emperor Charles V ordered Don Diego to England to arrange a marriage between Princess Mary and the Infant Don Luis of Portugal. On June 6, 1537, Thomas Cromwell informed Thomas Wyatt that Don Diego had arrived in England the Wednesday after Pentecost and had met Henry VIII at Hampton Court. Don Diego remained in England until the end of August 1538. In February 1538, he had grumbled, “I am in good health, and yet, though there has been no cold weather this winter, I am as frozen and dead with it as if I had been living in Russia. . . . I must confess that, although this is pretty good living for one who is somewhat used to it, I would much rather prefer being at Barcelona.”

John Dudley, who as David Loades put it was still “a minor office-holder and middle-ranking courtier” as of early 1537, seems unlikely to have had any contact with Don Diego before the latter’s arrival in England. Other than being part of of Wolsey’s large entourage in an embassy to France in 1527, he had had no diplomatic experience. Probably, then, it was after Don Diego came to England that he somehow met John Dudley and agreed to be his son’s godfather.

If life were simple, this would put Guildford’s birth between May 1537 and September 1538, making him about the same age, or even younger, than his bride, who Eric Ives has deduced was probably born in the spring of 1537. Alas, though, it is not entirely certain that Diego was the godfather at Guildford’s christening: he could have been the godfather at Guildford’s confirmation. If a bishop was present, a child could be christened and confirmed on the same day, as was Prince Edward, who had one godmother and two godfathers “at the font” and a third godfather at the confirmation. If no bishop was present, the confirmation would take place at some later time.

The future queen Mary was called upon to be a godmother at both christenings and confirmations–and she performed this service for the Dudleys both in January 1537, when she served as godmother at the confirmation of an unnamed Dudley daughter, and in March 1537, when she served as godmother at the christening of an unnamed Dudley son. On the latter occasion, Mary gave monetary presents to Jane Dudley’s nurse and to her midwife. Is it possible that the boy christened in March 1537 was Guildford, and that Don Diego served as his godfather when he was confirmed some months later? One can only speculate. The infant boy christened in March 1537 could not have been Robert Dudley, who was likely born in 1532 or 1533, but it could have perhaps been Henry Dudley, the youngest Dudley son who survived to adulthood. Henry Dudley was old enough to accompany his father on his excursion against Mary’s forces in 1553 and to be arrested and tried for treason, so he must have been born no later than the 1530’s. To complicate matters even further, the boy christened in 1537 could have been a son who did not survive to adulthood.

(Edited to add that it should also be noted that in January 1552, Edward VI wrote that John Dudley, Earl of Warwick, Ambrose Dudley, and Robert Dudley, the three oldest Dudley sons, had tilted at court. The younger sons, Guildford and Henry, were not among the participants. This could be because their skills were inferior to their brothers’ or because they were not interested, but it could also be that they were considered too young to take part Their father, an accomplished jouster in his youth, would have certainly encouraged them to participate if they were qualified.)

In the end, then, Guildford’s age remains a muddle. We do know one thing for certain, however: his godfather was HOT 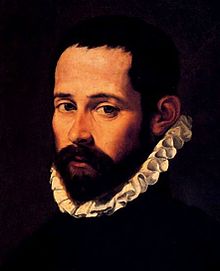 . And he collected books. It doesn’t get much better than that, ladies.

16 thoughts on “How Old Was Guildford Dudley? (Beats Me.)”