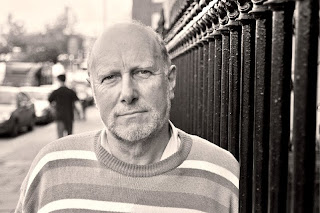 I’m pleased to welcome a guest today: Roger Hudson, author of Death Comes by Amphora, set in ancient Athens. You can read more about Roger at his website. Thanks for joining us, Roger!

WHAT MAKES A GOOD HISTORICAL MYSTERY?

Or what do I look for in a good read? I can only give my opinion. Others may disagree.

First, a strong sense of time and place. What grabbed me first with the genre, more even than straight historicals, was the great feeling that the writer has transported me there by time machine as a sort of historical tourist, but able to understand what I am experiencing with the awareness of someone of the time. I want to know what the various settings look like, sound like, smell, taste, feel like but don’t want to be confused and the story delayed with too much description. Steven Saylor and Lindsey Davis were the first to bring Rome to bustling life for me like this. More recently discovered, I.J.Parker’s classical Kyoto was a delight and Nick Drake’s Thebes in ancient Egypt full of darkness and menace. Once there, I want to understand the law and behaviour of the time but not be inundated with explanation every few pages. OK, I didn’t say I’m easy to please. A good author will find ways of integrating the information with the action so that I don’t get the feeling I’m being instructed. On the other hand, nice to learn something new and be surprised too.

Second, believability. The behaviour of the characters, especially the detective character, much be plausible in the context of the times. Now I recognise that, in not a few periods when histmysts are set, if I were actually living there, unless I was a strong and daring person, I would be dominated by fear of God or gods and superiors, of not fulfilling my religious and social obligations (which were often heavy), and by superstitions and the difficulty of travel preventing a lot of mobility. However, if I was strong and daring, I might well not last long, because of the animosity I would arouse. OK, the author has to tell me a story, so I don’t insist on absolute verisimilitude. But I’m not happy when a lone woman ventures into a situation where no such woman would have gone, putting herself at immediate risk of rape, robbery and murder. Similarly, men just weren’t allowed into ‘women only’ places. Some things just throw you out of the story and destroy your full enjoyment. But, then, fictional detectives have always been ones for taking risks, so the problem is when they don’t seem aware of the dangers that everyone else can see.

Other requirements are true of any mystery novel.

Next, an empathetic main character (detective) with an intriguing personality. A bland detective may solve difficult puzzles to bring the villain to book but he/she won’t hold my attention. A few personal relationship problems, maybe some sort of psychological hang-up, confrontations and difficulties that allow for a degree of inner development. Not difficult in most historical contexts where social and gender divisions are strong. Mary Reed and Eric Mayer’s resentful eunuch John in Constantinople and Samson’s Shardlake, increasingly horrified at the growing corruption of his once idealist fellow Reformationists, are successful examples. They also need strong motivation. Easy enough with the PI surrogates like Falco and Gordianus or the established agents of the law like Sister Fidelma and Rahotep, but not so for the amateurs, the Miss Marples of the past, who tend to need a personal motivation until their skill comes to the attention of someone in authority and they are commissioned to investigate.

Then, most important of all, a powerful plot. The reader accepts a lack of other refinements if the plot has a strong forward drive, complexity, loads of suspects, good red herrings, twists and surprises. An intriguing crime where I can compete with the hero in trying to discover the villain first, sussing the clues, evading the red herrings, but where the culprit doesn’t become obvious too early. Bonus points if it has key aspects that could only happen in that place and age. Someone going round asking questions can be a good way of digging into the nooks and crannies of a past age, maybe better than a straight historical novel where the main character may be restricted to one environment and social grouping.

Fifth comes interesting character relationships that develop, maybe with a sidekick, a boss character or rival, a partner or a key suspect, as long as it doesn’t distract too much attention from the main story. Good if these make use of social and class divides and prejudices of the time with potential for inhibitions and a sense of wary rule-breaking.

Lively style and (if appropriate) a touch of humour are important for grabbing my interest and drawing me, and in ensuring my enjoyment.

And last has to be a satisfying finale. Otherwise great novels sometimes let themselves down by suddenly whipping out a murderer who left no clues and wasn’t even a suspect, or so unlikely that you dismissed them totally. The villain needs to turn out to have been a worthy opponent.

Have I left anything out?

Oh, and thanks to Susan for inviting me to prance her stage for this brief moment and give me a chance to explore my thinking on this. 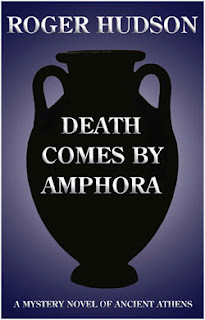 5 thoughts on “Guest Post from Roger Hudson: What Makes a Good Historical Mystery?”