Some time ago, author Lauren Johnson generously offered to do a guest post about a lady I’ve always found intriguing: Anne, Duchess of Exeter, the oldest sister of Edward IV and Richard III. (In truth, I find her husband, the erratic Henry Holland, Duke of Exeter, intriguing as well, and wish we knew more about him.) Lauren is a historical researcher and is also the author of The Arrow of Sherwood, a novel about the origins of Robin Hood.  Check out her website, as well as her Twitter and Facebook accounts. 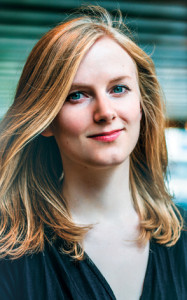 With the recent confirmation that the body found in a Leicester car park was indeed Richard III this king of the House of York is once again big news. But the woman whose genes passed through more than five centuries of descendants to end up on a DNA stick that identified the bent-spined skeleton has been completely overlooked in the media melée. Through nothing more than genetic good fortune this forgotten noblewoman, Richard III’s elder sister, has become one of the most important figures in recent history of the Wars of the Roses.

But who was Anne of York?

As is so often the case with medieval women, the little we know of Anne’s childhood is all constructed around the men in her life. She was the eldest daughter of Richard, duke of York, and through him inherited the royal blood of Edward III. In 1446, at the grand old age of seven, she married another child with blue blood, her father paying an astonishing 4,500 marks for the privilege. Her husband was the sixteen-year-old Henry Holland, heir to the Duke of Exeter. Even at this early stage, before the ‘Wars of the Roses’ could truly be said to have begun, her father had one eye on the royal succession. Henry VI had been king for 24 years, married for two and there was no sign yet of an heir – nor would there be until 1453. By uniting his daughter to Holland’s Lancastrian claim on the throne (his grandmother was Henry IV’s sister) York set up a potential rival for the accession, should Henry VI die childless.

Whether the marriage was happy in its early days is uncertain. After his father’s death Holland became York’s ward and presumably visited his child wife even if they did not cohabit. However, his youth was blighted by money troubles and his own reckless nature. The wealth he inherited from his father was barely half that expected of a duke, and the twin burdens of a long-lived stepmother clinging onto large chunks of his inheritance and the loss of his French estate in the closing stages of the Hundred Years War, impoverished him still further. The 1450s, when Anne reached an age to live with her husband and presumably become involved in his decisions, was tainted by a prolonged dispute between Holland and the powerful Lord Cromwell, during which Holland allied himself with an enemy of his wife’s family. This was to be the first – but far from last – instance when Anne found herself torn between her own family and her husband’s politics. In 1454, during Henry VI’s madness and York’s protectorate, Holland led an uprising asserting his own claim on the throne. His father-in-law led the efforts to suppress the rising and had Holland imprisoned in Pontefract Castle. Henry VI’s recovery early the following year meant Holland’s release but in the wake of the first battle of St Albans between York’s supporters and his rivals in the King’s Court – presumably now numbering Holland among them – the Duke of Exeter was once more imprisoned in Wallingford Castle in June 1455.

At the outbreak of sustained violence that marked the true commencement of the Wars of the Roses in 1459-61 Holland sided with his Lancastrian kinsman, Henry VI. Anne’s husband fought the forces of her own Yorkist family at the battles of Bloreheath, Northampton, second St Albans and Towton, playing a crucial role in some of the grimmest conflicts on English soil for centuries. At Northampton Anne’s brother, Edward, earl of March, led his army in torrential rain, the water so deep it prevented Henry VI’s forces from using their guns, and of the 300 men killed many drowned in the swollen river as they tried to escape.

The ordeal of Towton was even worse, as the contemporary Crowland Chronicler recorded:

‘They, accordingly, engaged in a most severe conflict, and fighting hand to hand with sword and spear, there was no small slaughter on either side… (The Lancastrian) ranks being now broken and scattered in flight, (the Yorkist) army eagerly pursued them, cutting down the fugitives with their swords, just like so many sheep for the slaughter, made immense havoc among them for a distance of ten miles, as far as the city of York… The blood, too, of the slain, mingling with the snow which at this time covered the whole surface of the earth, afterwards ran down in the furrows and ditches along with the melted snow, in a most shocking manner, for a distance of two or three miles.’

Anne played no part in these battles but as Holland’s wife she would expect to suffer from the consequences of her husband’s activities. When her brother, Edward inherited their father’s royal claim and became Edward IV in 1461 Holland was condemned as a traitor. The law in England was supposed to separate a wife’s property from her husband’s in cases where the husband is ‘attainted’ – stripped of his inheritance – for treason. However, repeatedly the records prove that this ideal was not followed. The most important factor in whether or not a woman suffered the loss of her estates as a result of her husband’s attainder seems to have been her own relationship with the ruling regime, and in this area Anne had an advantage. She had little to tie her to his fate and apparently little concern for his well-being. How long she had distanced herself from him is unclear, but with the victory of the Yorkist cause she severed ties with her loyal Lancastrian husband.

It is known that some women continued to support their rebel husbands during exile from the Yorkist regime, and the government’s stranglehold on certain noblewomen’s finances was intended to impoverish them to such a state that financial aid became impossible. Clearly Anne was suspected of no such marital loyalty. Before 1461 was out the Duchess of Exeter was granted the majority of her husband’s estates. This seriously contravened expected legal practice. The Duke’s lands should have passed to the Crown and Anne should not even have been entitled to the lands she and Holland held jointly, never mind his personal inheritance. A series of amendments to her claims on these estates throughout the 1460s point to the effective termination of Anne and Holland’s relationship, and her determination to provide for herself independently of him. These amendments ensured not only her tenure of the Exeter estate for life, but also the inheritance of her daughter – or, crucially, any further heirs of her body. She had successfully wrestled her husband’s inheritance completely away from his line.

The reason for Anne’s insistence on the rights of her own heirs – presuming they would not also be the heirs of Holland – becomes clearer in 1472. In that year the Duchess of Exeter divorced her husband and swiftly remarried Thomas St Leger. Thomas’s origins are obscure but it would be a reasonable assumption that he had served in her household, the source of many lower status second husbands in this era. The pair had been engaged in a relationship for some time and perhaps Anne waited to divorce Holland because she knew divorce law was heavily weighted against the woman. According to common law she ought to have lost her dower rights – a third of her husband’s estate – when she divorced him. Furthermore, from 1469-71 Edward IV, Anne’s main source of influence, was engaged in another breakout of rebellion, being toppled from power only to return more assertive than ever. With her brother’s restoration Anne could once again evade the legal constraints that hampered most women. She took possession of the entirety of her first husband’s lands, the divorce entirely overlooked. The Duke of Exeter was left so poor that one chronicler reported him ‘begging his pittance from house to house’ in Burgundy, too destitute even to afford hose.

In the arena of her daughter’s marriage – a litmus test for any noble’s political acuity – Anne proved herself sensitive to the winds of political change. Anne the younger was first contracted to the male heir of Richard Neville, earl of Warwick, her powerful ‘king-making’ cousin. However, by 1466 the ascendancy of Anne’s sister-in-law, Queen Elizabeth Wydville meant the termination of the Neville alliance in favour of a new marriage to Wydville’s son, Thomas Grey. Lands were settled jointly on Grey and Young Anne and the Queen paid 4,000 marks for the privilege. Clearly the Duchess of Exeter drove a hard bargain. Warwick’s subsequent rebellion and defeat by Edward IV proved Anne’s change of allegiance had been wise. Unfortunately, the marriage yielded little long-term benefit, for Young Anne died before February 1474.

Anne of York died in January 1476, sixteen weeks after the birth of a daughter with Thomas. This child, also called Anne, inherited the Exeter estate thanks to 15 years of assiduous effort on her mother’s part. In 1481 Thomas St Leger founded a perpetual chantry at Windsor Castle, where his wife was buried, and named it in his late wife’s honour. There, he instructed, prayers were to be offered to the souls of Anne and Thomas, to Anne’s mother and father, to Queen Elizabeth Wydville and to Edward IV. Anne’s loyalty to her own family continued even beyond the grave.

It is somehow fitting that a woman whose life was so embroiled in the decisions and actions of her male relatives should have held the key to the mystery of her brother’s last resting place, and that even now she is still overshadowed by those men. But Anne of York was a remarkable woman. In an age not famed for the freedom of female movement she managed to circumvent inheritance and divorce law, free herself from a dynastic union to marry her lover, and showed considerable political acumen in navigating the pitfalls and reversals of the Wars of the Roses. She proved herself as ruthless and self-serving a magnate as any of the sons of York.

This information was drawn from my thesis, The Impact of the Wars of the Roses on Noblewomen (unpublished Masters thesis, University of Oxford, 2007). The most important sources used regarding Anne were:

Crawford, A., ‘Victims of Attainder, The Howard and de Vere Women in the Late Fifteenth Century’, Reading Medieval History, XV (1989)

Hall, G.D.G. (ed.), The Treatise on the Laws and Customs of England Commonly Called Glanvill (London, 1965)

11 thoughts on “Guest Post by Lauren Johnson: Daughter of York: The Life of Anne of York”