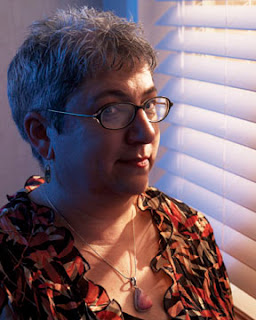 Richard II, like his great grandfather Edward II, came to his throne with great promise, and like his famous predecessor, experienced a great fall at the end of his unfortunate reign.

Born on the feast of Epiphany in Bordeaux, France, and in the presence of three kings (Jaime IV, King of Majorca; Richard, King of Armenia; and Pedro, the deposed King of Castile [deposed by Richard’s uncle John of Gaunt]), Richard’s birth seemed particularly charmed. It was not expected that he would be king so soon. But his father, Edward of Woodstock, whom we know today as the Black Prince, died untimely, leaving the ten-year-old Richard bound for a throne he, nor his country, was ready for him to take. Perhaps this childhood on the throne is responsible for the man doing what always seems to be the downfall of any monarch, and that was to bestow unwarranted favoritism on undeserving men, insulting the powerful men of court who felt their opinions and authority were being usurped.

But in the beginning, all was well. At Richard’s coronation banquet on 16 July 1377, the tradition of the Champion of England was re-introduced. This is an office thought created by William the Conqueror and held for a long time by the Marmion family. This title came to their descendant, Sir John Dymoke for Richard’s coronation and has continued as a hereditary right for the family ever since. At William the Conqueror’s coronation, the Champion would ride into Westminster Abbey, fully armed and challenge all comers for the duke’s right to take the throne. But in Richard’s case, Sir John was persuaded to wait until the banquet and rode into Westminster Hall and publicly challenged to combat anyone who dared dispute the king’s title to the throne. (This ceremony has not been conducted since George IV’s day. A pity.)

As exciting as this surely was and though no one challenged the young king, it was nevertheless a portent of things to come.

His reign was much overwhelmed by many events: it followed on the great plague where his countrymen were still recovering from great economic losses. Parliament passed laws limiting wages but failed to regulate runaway prices, and so in 1381, Wat Tyler led the famous Peasant’s Revolt, protesting the restriction of wages. The rabble cornered the Archbishop of Canterbury (in charge of the king’s treasury) in the Tower of London, yanked him out, and brutally murdered him. The king agreed to meet with Tyler and when he did, Tyler was killed, thus ending the revolt. This was considered a shrewd move on Richard’s part at the time, but this did not help later when Richard’s relationship with his favorites—Michael de la Pole, Robert de Vere and others—angered Parliament. It was Richard’s contention that he, the crown, could make all the decisions of his reign himself without the recommendations or mandates of Parliament. After all, it was he who was anointed at his coronation. Special powers were bestowed upon him by virtue of this singular ritual. In fact, he began to insist on being called “Majesty” and be treated with all the proper deference. He could dissolve Parliament at his will as a royal prerogative. So anyone who opposed Richard and his choice of minister would be considered a traitor to the crown. As one can imagine, Parliament wasn’t pleased by this, and they formed the Lords Appellant in 1386. The Appellants represented the noble families that Richard in his naiveté had scorned and they declared his favorites to be traitors. Battles broke out and the Lords Appellant took over, even removing Richard from the throne for a few days, and then executed four of his knights. The Appellants now controlled the government, and Richard—who had moved to reinstate the divine right of kings with ultimate and overarching power—saw himself little more than a figurehead.

If only he saw the writing on the wall.

But ego has a lot to do with how kings reigned and their subsequent decisions. And remember how young Richard was at this time. By 1389, Richard was twenty-two and declared his own majority, that is, he didn’t need any more handlers. He was fully king now and the Appellants were abolished just as his uncle John of Gaunt returned to England after his campaigns abroad.

Yes, think of it. All this happened before he was twenty-two. Remember when you were twenty-two? Think of all your wonderful decisions. What if an entire country had to live with the consequences?

So in this fertile environment, I have placed my fiction. My protagonist Crispin Guest, a disgraced knight turned detective, has crossed Richard since day one and finds himself constantly at war with the one who wears the crown, skirting the edges of acceptability. The history is my quilt and my fictional detective becomes some of the fancier stitching. It’s outrageously fun to be able to do this. If I am allowed to continue to publish these novels, they will continue on until the year 1400, intimately following the historical timeline while my characters get to play on that set stage.

For now, we are still in 1384 with my newest novel in the series, THE DEMON’S PARCHMENT, exploring medieval Jews and medieval attitudes about them. And murder. Don’t forget the murder.

——-
You are invited to explore it with Jeri by reading the first chapter of THE DEMON’S PARCHMENT on Jeri’s website www.JeriWesterson.com. 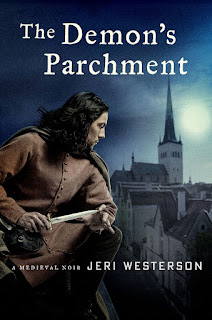