I’m pleased to welcome a guest to my blog today: Elizabeth Loupas, whose new novel, The Red Lily Crown: A Novel of Medici Florence, was published this month. Elizabeth’s subject today is mithridates, about which I knew nothing until I read this fascinating post. Over to Elizabeth! 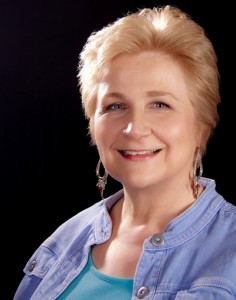 One of the most mysterious and sought-after substances in medieval and Renaissance alchemy was called a mithridate—a universal antidote, which supposedly protected the person who took it from every conceivable kind of poison. Considering the danger of poison in many of the royal and noble courts of the day (up to and including the Vatican), a genuine mithridate was worth a fabulous price.

Was there such a thing?

Well, no, not really—from our twenty-first-century vantage point, we can look back and smile at the thought of our credulous forebears, believing an alchemist’s concoction could protect them from poison. It’s rather like the supposed powers of the unicorn’s horn or the toadstone (neither of which had anything to do with the creature they were named for). But alchemy in the middle ages and the Renaissance was the research science of the day, and there’s a grain of validity in the idea of taking a substance which consists of infinitesimal doses of fifty or sixty different poisons, and thus building up some form of immunity to at least some of them. After all, many of our “miracle drugs” today are poisonous in large enough quantities, and at the same time, the more we take of them, the more we build up a resistance, rendering smaller doses ineffective.

So the idea of a mithridate isn’t entirely mythical.

Why was it called a mithridate?

There was an ancient (134-63 BC) king of Pontus named Mithridates VI, the Great. His father (Mithridates V, of course) was assassinated by poison, so Mithridates VI came up with the idea of making himself immune to poison by regularly taking sub-lethal doses of different poisonous substances. There are different descriptions of his “universal antidote” in ancient literature: in Celsus’ De Medicina (probably written around the time of the Roman Emperor Augustus) it’s called Antidotum Mithridaticum. Here’s his rather astonishing recipe:

“But the most famous antidote is that of Mithridates, which that king is said to have taken daily and by it to have rendered his body safe against danger from poison. It contains costmary 1·66 grams, sweet flag 20 grams, hypericum, gum, sagapenum, acacia juice, Illyrian iris, cardamon, 8 grams each, anise 12 grams, Gallic nard, gentian root and dried rose-leaves, 16 grams each, poppy-tears and parsley, 17 grams each, casia, saxifrage, darnel, long pepper, 20·66 grams each, storax 21 grams, castoreum, frankincense, hypocistis juice, myrrh and opopanax, 24 grams each, malabathrum leaves 24 grams, flower of round rush, turpentine-resin, galbanum, Cretan carrot seeds, 24·66 grams each, nard and opobalsam, 25 grams each, shepherd’s purse 25 grams, rhubarb root 28 grams, saffron, ginger, cinnamon, 29 grams each. These are pounded and taken up in honey. Against poisoning, a piece the size of an almond is given in wine. In other affections an amount corresponding in size to an Egyptian bean is sufficient.”

A lot of these things aren’t actually poisonous—cardamom, anise, saffron, ginger, cinnamon, which sound like a recipe for spice cookies—but presumably they were in the recipe to make the “active ingredients” more palatable.

Pliny the Elder, in his Naturalis Historia (written a few years after De Medicina), does credit Mithridates with originating the idea of taking a tiny dose of poison every day, in order to render oneself immune to poison. On the other hand, he didn’t have much use for the supposed recipes for Mithridates’ antidote:

“The Mithridatic antidote is composed of fifty-four ingredients, no two of them having the same weight, while of some is prescribed one sixtieth part of one denarius. Which of the gods, in the name of Truth, fixed these absurd proportions? No human brain could have been sharp enough. It is plainly a showy parade of the art, and a colossal boast of science.”

Mithridates himself might have agreed, because his own recipe (as quoted by Pliny) appears to have been:

“…two dried walnuts, two figs and twenty leaves of rue were to be pounded together with the addition of a pinch of salt; he who took this fasting would be immune to all poison for that day.”

Which doesn’t sound very effective, unless one expected to be poisoned with rue.

Many classical works were lost and ignored in the early Middle Ages. Not so with Celsus and Pliny—their encyclopedia-like compendia were just practical enough that they were preserved and copied, and incorporated into the arcane literature of alchemy. As the centuries passed alchemists made their formulas for mithridates more complicated, rather than less—this made them more mysterious and, of course, more expensive. Ingredients were often written down in code—the fictional mithridate I created for The Red Lily Crown, called sonnodolce, is composed of ingredients identified by the four colors of the most ancient alchemy texts, black, white, yellow and red.

Eventually mithridates were considered to be a precaution against the plague as well as against poison. They were generally kept in elaborate vessels consistent with their supposed value. Here’s a picture of a sixteenth-century Milanese jar used to hold a mithridate:

I first became intrigued by Mithradates VI when I read A Shropshire Lad, A.E. Housman’s collection of poetry. Shropshire seems worlds and millennia away from ancient Pontus, but in “Terence, This is Stupid Stuff” Housman wrote of Mithridates:

Sate the king when healths went round.

They put arsenic in his meat

And stared aghast to watch him eat;

They poured strychnine in his cup

And shook to see him drink it up:

They shook, they stared as white’s their shirt:

Them it was their poison hurt.

—I tell the tale that I heard told.

The last line still gives me a chill. Mithridates, he died old. Although sadly, Mithridates didn’t exactly die old. When he was finally defeated by his own son, who sided against him with the Romans, legend says that he attempted to kill himself by drinking poison, and found he could not die. Eventually he was dispatched, at his own request, by a Roman officer. True? No one knows for certain.

Whether the intricate alchemical mithridates of the Middle Ages and Renaissance actually saved anyone from poisoning and allowed them to truly “die old,” it’s impossible to say. But the kings and popes and noblemen who paid huge prices for them believed in them. There is some medical merit in the idea of building up a resistance to a drug by taking small, and possibly increasing, doses. So somewhere in history there may indeed be a thwarted poisoner, and an intended victim whose miraculous, expensive mithridate in “a piece the size of an almond” kept him—or her—safe to live another day. 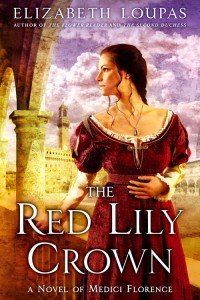