I’m pleased to be part of a blog tour for Debra Bayani, author of a new biography: Jasper Tudor: Godfather of the Tudor Dynasty! Jasper Tudor has always intrigued me, and I’m eager to learn more about him. Here’s Debra! 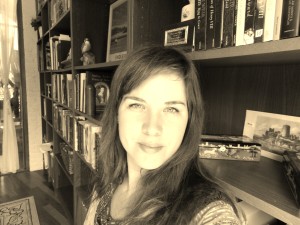 Very often I receive messages and comments on my posts from people, mostly women, saying they are descended from Jasper Tudor, Earl of Pembroke and later Duke of Bedford, through his daughters Helen/Ellen or Joan. They claim to be his 17th great-great-grand daughter or his 18th great-grand niece, sometimes even a few times removed – something which would be lovely if only it were true. It is entirely understandable that someone would be pleased and proud to think themselves to be related to such an heroic person, but it does, however, surprise me that, when I try to explain that the chance of being an actual ‘relative’ of Jasper is very slight, people react as if I’m deliberately offending them or trying to undermine their castles in the air. I need hardly say that this is certainly not the case at all. I hope that the following explanation will make the position clear.

It is alleged that, sometime in the 1450s, Jasper had a love affair with a certain Welshwoman named Mevanvy ferch Daffydd from Gwynedd and by her had two illegitimate daughters, Helen or Ellen and Joan, both said to have been born in Snowdonia. Joan, supposed to have been born in 1453, is said to have married William ap Yevan (son of Yevan ap William and Margaret Kemoys) by whom she had twin sons called Morgan and John ap William(s) born in Lanishen, Wales, in 1479. It is believed that Joan herself died while giving birth, but Morgan, in 1499, married Thomas Cromwell’s sister Katherine Cromwell in Putney Church, Norwell, Nottinghamshire, and so became fourth-generation ancestor to Oliver Cromwell. Jasper’s alleged second daughter, Helen or Ellen, is said to have been born in 1459 and married, after 1485, to William Gardiner (son to Thomas Gardiner and Anna de la Grove), a cloth merchant who became a spearman for the Lancastrians at the Battle of Bosworth. As a blood relation of the winning side Sir William’s trade as a clothier was much enhanced by the custom of aristocratic and even royal buyers. Helen/Ellen and William Gardiner had at least one son, Stephen Gardiner, who became a well-known figure under the Tudor monarchy during Henry VIII’s reign, and four daughters. Lately it has been questioned whether or not this Stephen Gardiner was in fact their son and another individual, Thomas Gardiner, has also been suggested.

In spite of this, there is no actual proof whatsoever that Jasper’s relationship with Mevanvy ever took place. There is, of course, a possibility that she was his mistress until around the early 1460s; but there is no mention of any other children he had with her. In fact, there is no official or contemporary mention at all of his daughters – not even Jasper’s will refers to the girls or Mevanvy – and there is no evidence for their existence in any remaining contemporary source. The earliest known reference is in William Dugdale’s Baronage of England dating to 1676, but this gives only Ellen as Jasper’s illegitimate daughter and again does not mention Mevanvy. Dugdale simply reports Jasper as ‘leaving no other issue than one illegitimate Daughter, called Ellen, who became the Wife of William Gardner, Citizen of London’, a statement based on a book of a contemporary of Dugdale’s. I have been unsuccessful in finding out where this Mevanvy was first mentioned. There is, however, a novel by Betty King called The Lord Jasper, first published in the 1970s, where the relationship of Jasper and Mevanvy was given clear field (as well as that with Margaret Beaufort).

It appears probable that this relationship and Mevanvy were invented by a novelist trying to romanticise the life of the man who seems to have lived a life of service to others rather than indulging in his own pleasures. 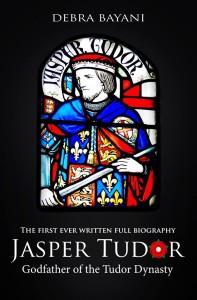 Jasper Tudor, Godfather of the Tudor Dynasty is now available in colour and black & white editions on all the Amazon websites and Book Depository.

Debra Bayani is a researcher and writer, living in the Netherlands with her husband and children. She previously studied Fashion History and History of Art. She has been interested in history as far as she can remember with real passion for the Middle Ages and the Wars of the Roses, and has spend many years researching this period. Currently she is working on a visitor’s guide to places connected to the Wars of the Roses. Debra’s debut non-fiction book, the first biography on the subject, ‘Jasper Tudor, Godfather of the Tudor Dynasty’, was published in 2014.

Her website can be found at: www.thewarsoftherosescatalogue.com and she is the admin of the coordinating Facebook page The Wars of the Roses Catalogue and her author page on Facebook.

14 thoughts on “Guest Post by Debra Bayani: The Supposed Daughters of an Earl”