I’m delighted to feature a guest post from D. L. Bogdan, author of Secrets of the Tudor Court and Rivals in the Tudor Court, her latest novel. I’ve eagerly read both novels. The first features Mary Howard, Duchess of Richmond, daughter of Thomas Howard, Duke of Norfolk, while the second features Thomas Howard, his duchess, and his mistress. Anyway, here’s D. L. Bogdan! 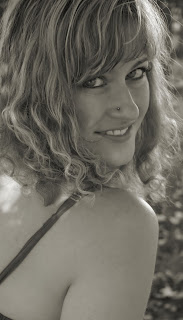 In my new book RIVALS IN THE TUDOR COURT, I delve into the lives of Thomas Howard, 3rd Duke of Norfolk, his fiery wife Elizabeth Stafford, and mistress, the vulnerable and submissive Bess Holland. In the novel I try to examine why Thomas became the brutal man he was in later years while exploring a set of very unique and intense family dynamics. Married to the Lady Anne Plantagenet, daughter of Edward IV, in his early years, the couple is destined for tragedy as they lose all four of their children, followed by Anne herself. The Duke’s subsequent marriage to Elizabeth is no less tragic, though much of it seems to be of self induced—Elizabeth’s single-minded devotion to Catherine of Aragon, Thomas’ indifferent, and at times supportive, attitude toward Henry VIII’s changeable morals, his intense fear of loss, and the eventual taking of a mistress, all culminated toward the sabotage of any potential happiness the couple could have enjoyed.

One of the most interesting aspects of writing this novel was getting to know Elizabeth Stafford. What little remains of her legacy indicates a strong woman ahead of her time. Her willingness to serve as messenger between the Spanish ambassador and Queen Catherine of Aragon during her fall from favor, for example, reveals a daring and loyal woman with spirit. In addition, the letters to Lord Privy Seal Cromwell outline her struggle with her abusive husband during a time when such issues were not only kept silent, but were accepted as the standard. As with some instances today, it was saddening to see the lack of support from her family. I was never able to ascertain if it was out of fear of Norfolk that her son, the Earl of Surrey, and daughter Mary Howard seemed to side with their father against her. Knowing Norfolk’s grip on power and his penchant for manipulation provides plausible reasons why it would be easier on those to side with him, but it is tragic nonetheless. Even Elizabeth’s own brother refused to help her, stating in one letter that her nature was “willful and sensual”. No matter what conclusions we can draw, we are still left with more questions than answers. One of the joys of being a novelist is trying to answer these questions through dramatic interpretation.

This novel, as with its predecessor SECRETS OF THE TUDOR COURT, was a vehicle for me to explore an issue that is close to my own heart: abuse. The impact of any form of abuse is felt throughout an entire family and I wanted to share the full gamut of emotions that it can evoke; confusion, isolation, terror, anger, regret, love-hate, and blurred boundaries are just a few of them. As a survivor of domestic violence, it was important for me to share my interpretation of the Howards’ story as an illustration of hope for the abused of today, not because the story is a happy one by any means, but because of the simple fact that Elizabeth showed immense courage and strength by reaching out for help and exposing the Duke of Norfolk for what he was, despite the consequences to her reputation and relationships with her family. To have that kind of fortitude in such a dark era serves as an inspiration to me and I hope will encourage others to reach out for the help that is readily available now. We are fortunate enough to live in a time where, unlike Norfolk’s women, our cries can be heard. That more than anything is the message I hope people will take away from RIVALS IN THE TUDOR COURT.

Visit D. L. Bogdan at her website or at her blog.