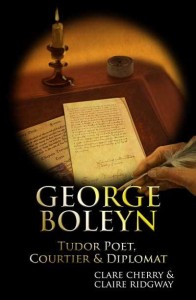 I’m delighted to be part of the George Boleyn Virtual Blog Tour for Clare Cherry and Claire Ridgway’s new biography of George Boleyn, a figure whose accomplishments and talents are too often overlooked, as we learn here. I’m also delighted to be able to offer a giveaway of one copy of their book! To be eligible, leave a comment here before June 5 (U.S. time), and I’ll pick a winner the following day.

And now, over to Clare and Claire!

George Boleyn: A single-minded and ruthless Lord Warden of the Cinque Ports

In June 1534, Henry VIII appointed George Boleyn as Lord Warden of the Cinque Ports and Constable of Dover Castle.

The Cinque Ports is a group of port towns on the southeast coast of England. The original five were Sandwich, Dover, Hythe, New Romney and Hastings, but Winchelsea and Rye were also added. The port towns were of strategic importance for the defence of the country from potential foreign invasion. As such, they were responsible for the fitting-out and manning of ships for the transport of the King’s army, and defence of the coast. In return, they received extensive immunities and liberties, which they guarded jealously. Every ambitious man in England wanted the distinction of being granted the position of Lord Warden, so much so that the post was held by princes of the realm such as Edward I, the Duke of Gloucester (later Richard III) and Henry VIII himself prior to becoming King. Ominously, the Duke of Buckingham had held the post prior to his execution in 1521 on trumped up charges of treason. In the sixteenth century, it was the most powerful appointment of the realm. The Lord Warden had “lieutenant’s powers of muster” and admiralty jurisdiction along the coast, and served as the Crown’s agent in the ports. His responsibilities included collecting taxes, arresting criminals and returning writs. He held court in St James’ Church, near Dover Castle, and the jurisdiction was similar to that of Chancery. The merging of the Constableship of Dover Castle with the office of Lord Warden meant that the Lord Warden also had a garrison at his disposal.

The appointment was made by the Crown, and the Lord Warden’s first loyalty was to the sovereign, who was often intolerant of any rival jurisdiction. This resulted in the Lord Wardens having conflicting loyalties, because they were also bound by their oath of office to maintain and defend the ports’ liberties. The ports looked to their Lord Wardens to be their protectors against external pressures, in particular those exerted by the Crown. This was not an easy balancing act for any Lord Warden, let alone one who was the King’s brother-in-law. George Boleyn’s position as Lord Warden meant that when he was not abroad on embassy, much of his time would have been spent in Dover. His influence is referred to in correspondence between England and Calais. The post was not a sinecure, and he was not merely a figurehead; he took a very active role. For example, in April 1535, two men, Robert Justyce and his son James, were ordered to make certain payments together with further penalties for other misbehaviour, including a verbal refusal to make payment to the complainants as ordered. On 8 May Sir Richard Dering wrote to Lord Lisle complaining that he was being blamed by the Justyce’s for the making of the order, when it was in fact “my Lord Warden’s own personal act and judgement, sitting in court, and sitting with him then there present Sir William Haute and Sir Edward Ryngeley, knights and divers other gentlemen”, whereby George “commanded them both to prison”. Dering goes on to say that George:

Not only at his departing from the Castle did straitly command me, but also by his several letters in like manner did command me that they both should satisfy the said parties complainants their demands adjudged and also pay the penalties and moreover be bound with sufficient sureties for their good abearing before they should depart out of prison.

Eventually, the two men paid the sums they were ordered to pay, less sums which the complainants relaxed, and were thereby released by Dering, even though they had not given the sureties George had ordered. Dering also discharged them from part of the penalties they had been ordered to pay.

The fact that the complainants themselves relaxed part of the judgement suggests that the amount awarded by the young Lord Warden had been excessive. Upon hearing the judgement, Robert Justyce had exclaimed that “he would rather be cut in two with a sword than pay the demands the complainants adjudged or pay the penalties” – hence the Lord Warden’s decision to command themto prison. Robert Justyce had been foolish enough to challenge the authority of George Boleyn in a court full of high-ranking officials, and such audacity could not be allowed. The fact that George sentenced both father and son to prison confirms our view of him as a young man capable of a single-minded ruthlessness, particularly when openly challenged. In this instance he went further. Not only did he verbally reiterate his orders to Dering, he also did so in several letters. This was not simply a question of making an example of the men. George was obviously furious, and he pursued the matter with a single-mindedness bordering on the vindictive. By the tone of Dering’s letter, and from his actions, he clearly thought the Lord Warden had over reacted. He wrote to Lisle, “Of my own zeal, good will, and contrary to the commandment of my said Lord Warden, I have… set them both at liberty”. However, he does express anxiety as to the “non-doing”, of the Lord Warden’s commandments.

In November 1534, there were signs of a rather fraught relationship between George Boleyn, as Lord Warden, and Thomas Cromwell. Cromwell had attempted to undermine the young Lord and the following letter shows George’s unrestrained indignation:

On Sunday last the mayor of Rye and others were with me at court, and I have taken such order and direction with them as I trust is right and just. I have commanded the mayor to return to Rye, and see the matter ordered according to the order I have taken in it before. He now advertises me that you have commanded him to attend you, and not obey this order. If you have been truly informed, or will command the mayor to declare you the order I have taken, I trust you will find no fault in it. Touching the last complaint put up to you by one of London, I never heard of it before; but when the mayor goes down he may cause the other party to appear before you at your pleasure.

Cromwell had countermanded one of George’s orders given as Lord Warden, and this was something the young Lord was not prepared to tolerate. The young man was not only angry, but also probably humiliated at being made to look as if he were subservient. The tone of the letter is quite obviously self-righteous indignation. Dangerously, he was not afraid to show his anger to the King’s chief minister, or to make no attempt to camouflage his displeasure.

For George Boleyn to have undertaken the position of Lord Warden would be today’s equivalent of appointing a 30 year-old with no legal experience as a leading High Court judge. The Boleyn self-assurance and self-confidence meant that the high responsibility was merely viewed as a challenge to be embraced. To be able to undertake the role with panache and competency would further endorse the perception held both by the court and the general public that the Boleyn brother was an intelligent and gifted young man in his own right, not one who had to rely on his sister for preferment.

George clearly embraced the role of Lord Warden. Examples of writs he issued and examples of his influence are contained in the state papers. The energy and efficiency required to fulfil the duties of Lord Warden, while still maintaining a political and ambassadorial role and a high court profile, confirm what a hardworking and remarkable young man George Boleyn was. 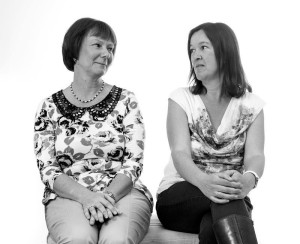