I’m delighted to be hosting a guest post today by Christy English, author of To Be Queen: A Novel of the Early Life of Eleanor of Aquitaine. Christy is one of the most charming authors around, and her enthusiasm for her subject is palpable! Here, without further ado, is Christy on one of the most perenially fascinating of English queens: 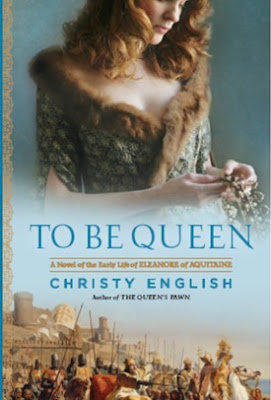 Like Margaret of Anjou in Susan’s lovely novel, THE QUEEN OF LAST HOPES, Eleanor of Aquitaine was queen in a time when men dominated the political scene. Raised as a young girl to be the heir to the duchy of Aquitaine, Eleanor always knew that she would have to marry in order to hold her territories safe from encroaching enemies.

Before she became duchess, Eleanor’s marriage to the King of France, young Louis VII, was arranged. After her father’s death in March of 1137, the marriage negotiations were concluded by Eleanor herself with the help of her loyal churchman, the Bishop of Limoges. So in July of 1137, accompanied by 500 knights as a show of force both to Eleanor’s vassals and to her enemies, Louis came to Bordeaux where Eleanor had locked herself away upon her father’s death.

In spite of Louis’ caution, there were at least two plots to kidnap Eleanor on her wedding day before the marriage could be consummated. Eleanor and Louis were forced to flee to the stronghold of Taillebourg held by her faithful vassal, the Baron of Rancon.

But Eleanor was not kidnapped on her wedding day, and the marriage was consummated, making her Queen of France. 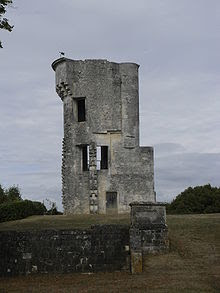 The Parisians did not crown their queens, so Eleanor never had a coronation. She spent the next fifteen years of her life vying with the Church for supremacy in the heart and mind of her husband. Though Eleanor ruled her duchy and other lands, she depended on her husband for political power. Like all medieval queens, even a woman as strong as Eleanor often had to turn to the strength of men to accomplish her will.

As Eleanor and Louis went on Crusade in the Holy Land, Eleanor began to feel confined by her marriage. Though she and Louis had been married for years, Eleanor had yet to have a son. Unlike most medieval queens, Eleanor held the duchy of Aquitaine in her own right and thus could not be put away in a nunnery while Louis conveniently married someone else. But in this case, it was Eleanor who longed for her freedom. And she was one of the few women in medieval Europe with the power and wealth to seek it out.

It took her five years, but in March of 1152, Eleanor was granted an annulment from her husband, the King of France. Giving up the kingdom of France and its crown was no hardship though, for she married young Henry Duke of Normandy a few months later. Within two years, Henry of Normandy and Anjou had become King of the English, and on the day her second husband was crowned, Eleanor was crowned at his side. Eleanor had already given birth to one son and was pregnant with another when she became queen for the second time in her life. 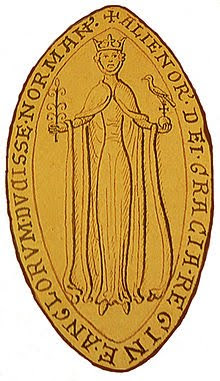 Though Henry and Eleanor lived to turn on each other, with Eleanor raising an armed rebellion, for fourteen years she and Henry lived and ruled in harmony. During the first decade of their marriage, Eleanor served as regent in Normandy and Anjou when Henry was in England, and would hold England for him when he was in Normandy or Anjou. Eleanor’s partnership with Henry was one that served them both. A medieval queen who ruled a major duchy in her own right, Eleanor was always a force to be reckoned with. 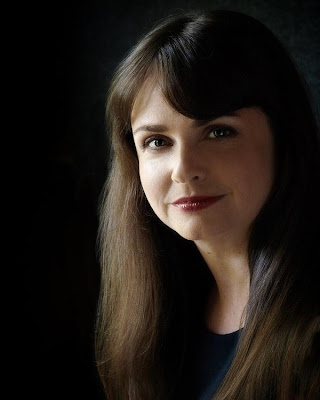 Susan, thank you so much for hosting me today. TO BE QUEEN: A NOVEL OF THE EARLY LIFE OF ELEANOR OF AQUITAINE is in bookstores now.

For those who want to know more about Eleanor’s adventures, please find me on my blog, on Twitter and on Facebook.

5 thoughts on “Eleanor of Aquitaine: A Medieval Queen by Christy English”