Over my vacation I got less reading done than I thought I would (which is a good thing; I always pack an excess of books in fear of getting stranded at the airport or shut up in a hotel room on a rainy day), but I did get two books finished: The King’s Confidante by Jean Plaidy and The Rose in Spring by Eleanor Fairburn.

The King’s Confidante is a reissue of St. Thomas’s Eve, first published in 1954. Like Plaidy’s other early Tudor novels, it’s held up quite well for a book that’s over fifty years old. This one focuses on Sir Thomas More and his family, chiefly his daughter Meg. Though part of it centers on More’s relationship with Henry VIII (hence the title), most of the book is given over to the family life of the Mores, and particularly More’s loving relationship with Meg. I enjoyed it thoroughly, though I don’t know enough about More’s personal life to make any grand pronouncements about the novel historical accuracy. Incidentally, a recent nonfiction book by John Guy, A Daughter’s Love, also deals with More and Meg, and I’m looking forward to reading it.

The Rose in Spring is part of a four-part series about Cecily, Duchess of York. This book covers her life from childhood until 1449, when she and her husband go to Ireland. I rather liked it, especially the depiction of Cecily’s relationship with her older sisters, until Jacquetta Woodville came onto the scene. As my skim of the other books in the series indicates, Fairburn takes the usual line of evil Woodvilles and a saintly Richard III, so naturally Jacquetta here is portrayed as a full-fledged witch. That would be bad enough, except that Jacquetta is also depicted as a rather stupid witch. She holds a dinner party for the English nobility in Rouen to celebrate the Greek Festival of the Dead, and she leads the company into a “sinister, dark-shaped room which was decorated with silver stars and planets, wands, cups, pentacles and swords.” Jacquetta then proceeds to give a Tarot reading. One might think this lack of subtlety was a tad dangerous. With all this and the promise of a debauched Edward IV jilting that poor sweet Eleanor Talbot in the sequel, I don’t know if I’ll be in a hurry to read the next books in the series. (For those with stronger stomachs for this kind of thing, the other books are White Rose, Dark Summer, The Rose at Harvest End, and Winter’s Rose.)

I’m still reading Margaret George’s Memoirs of Cleopatra (it was way too big to tote on the airplane), but for a change of pace I’m also reading Jocelyn Kettle’s Memorial to the Duchess, about Alice Chaucer. It’s quite interesting. Kettle wrote a couple of other historical novels, but this was her only venture into medieval England that I could find. Anyone know of any other medieval novels by her?

Finally, while I was away, my blog tour was still going on. You can read some more interviews with me at Savvy Verse and Wit (which is giving away four copies of The Traitor’s Wife, Diary of an Eccentric (which is giving away one copy of The Traitor’s Wife), and Steven Till. There are also reviews at Peeking Between the Pages, Savvy Verse and Wit, My Friend Amy, Medieval Bookworm, Steven Till, and Tome Traveller. There’s also a review by a blogger who hated the book, but I’ll let y’all hunt for that one. The word “sophomoric” ought to bring it up pretty quickly, which makes me think that I should raise the intellectual tone of this blog a bit. So here goes: 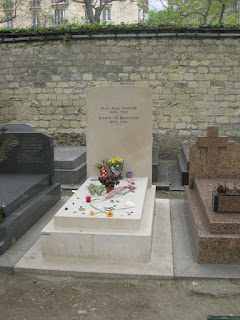 6 thoughts on “Current Reading, Some Link Love, and Dead Existentialists”