As anyone who is reading this blog knows, last week, following an archaeological dig at Leicester, a skeleton was unearthed that may well prove to be that of Richard III. Needless to say, this has led to a flurry of online discussion about Richard and, of course, the age-old question of whether he was responsible for the deaths of his nephews. 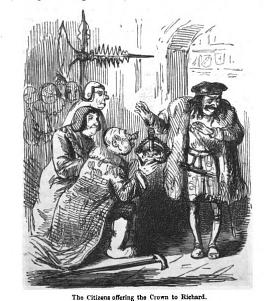